"No one has invited IUML to the LDF. There is no situation warranting an invitation to the League. We have reached 99 from 90," Jayarajan told reporters here, referring to the number of seats won by LDF in the 2021 State Assembly polls. 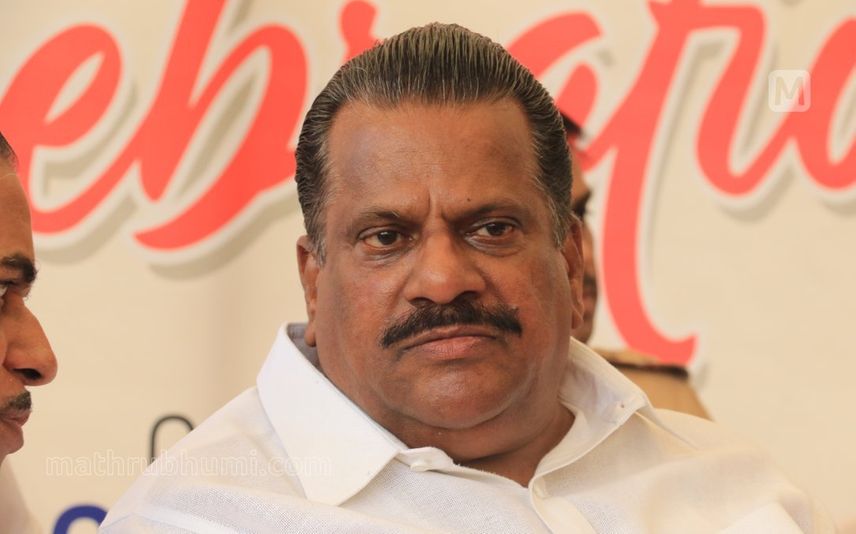 Thiruvananthapuram:A day after sending feelers to the Indian Union Muslim League (IUML), senior CPI(M) leader and LDF convenor E P Jayarajan on Thursday backtracked from his statement saying that no one has invited the key UDF partner to the LDF fold.

Jayarajan, recently appointed as the convenor of the ruling Left front, made the statement after senior leaders of the LDF, including CPI State secretary Kanam Rajendran, and his own party's leadership did not agree to his view.

"No one has invited IUML to the LDF. There is no situation warranting an invitation to the League. We have reached 99 from 90," Jayarajan told reporters here, referring to the number of seats won by LDF in the 2021 State Assembly polls.

Earlier in the day, Kanam Rajendran told reporters here that till now, the LDF has not held any discussion on expanding its mass base or including the IUML in it and, therefore, Jayarajan's comments should be seen only as his personal view.

Rajendran said that earlier, the LDF had taken a stand that parties which left it should come back, but that was up to those who had left it.

He further said IUML leader P K Kunhalikutty had responded to Jayarajan's comment by saying that the League was functioning as a key partner of the UDF.

"So you (media) read the two (Jayarajan's comment and Kunhalikutty's response) together. I am not going to predict or interpret what it means," Rajendran said and added that why should the LDF discuss the inclusion of a party which was in the UDF.

CPI(M) politburo member A Vijayaraghavan too appeared to take a similar stand as that of Rajendran.

Responding to a query on Jayarajan's comment, he told reporters that the CPI(M) has made clear its stand on the Muslim League and there has been no change in that till now.

Jayarajan had, on Wednesday, said the Congress would not be able to win a single seat in Kerala without the support of the Muslim League, which has a significant vote-base in certain constituencies in the State.

He had also said the UDF was not in a position to handle the issues (affecting the people) and take right decisions, and this would "further complicate the situation" in the Congress-led front.

Asked whether LDF would accommodate the Muslim League if it moves out of the UDF, Jayarajan said, "Let them come first" and added that "expanding the LDF and its mass base is our policy."

Responding to his comments, Leader of Opposition in the State Assembly V D Satheesan told reporters that Jayarajan should be more concerned about what was going on in the LDF, rather than focusing on the UDF.

He claimed everything was fine in the UDF, unlike the Left front whose member-parties were criticising each other.

The BJP, too, reacted to the development with its State president K Surendran, in a Facebook post, commenting that it had predicted long time back that the IUML would join the Left front and that is happening now.

Surendran further said Jayarajan's wish would not be in vain as the League is the natural ally of the CPI(M) since they both have alleged anti-national views.

The Muslim League had got representation in the second E M S Namboodiripad government which ruled the State between 1967 and 1969.

Since the collapse of that experiment then, the CPI(M) had been keeping the Muslim League at bay due to ideological reasons.

The CPI(M) has a history of expelling its firebrand leader M V Raghavan from the party in 1986 after the leadership led by Namboodiripad rejected the "alternative" tactical line he pressed for, which made a strong case for an alliance with the IUML to take on the UDF in the State.

While several leaders, including former chief minister E K Nayanar, backed his line initially, most of them eventually toed the party's official policy. But Raghavan stood firm with his theory, leading to his expulsion along with some of his close collaborators from the CPI(M) and formation of Communist Marxist Party (CMP), which later became a partner in the UDF.

The CPI(M) had targeted the Muslim League during the campaign for the 2021 Assembly polls, accusing it of adopting a soft stand towards radical Islamist outfits in the State. PTI