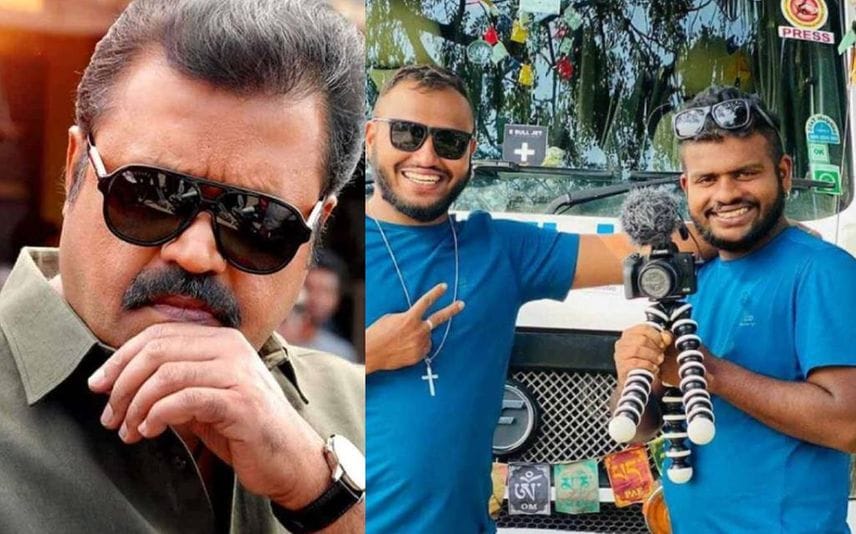 The impulsive response of Malayalam actor Suresh Gopi on the sensational ‘E Bull Jet’ issue has gone viral on the social media. A few young men from Perumbavoor called Suresh Gopi and requested to intervene in the case. But the actor was not aware of the matter initially.

After the caller explained the ongoing matters related to the arrest of 'E Bull Jet' vloggers, the actor directed him to contact the chief minister. ‘Since these are going on in Kerala, you may contact the CM directly, because all these affairs including the MVD come under the jurisdiction of CM and transport minister.

The disappointed youth requested if the MP could help them anyhow. The irked actor replied to this asking, “Ain’t I cow dung? Cow dung is allergic to you, isn’t it?”. This comment went viral on the social media.

The arrest of the 'E Bull Jet' brothers ended up in a controversy. There have been many reactions on social media for and against them. The vehicle was seized by the Department of Motor Vehicles on charges of modifying the vehicle and dafaulting on tax payment.

The issues started after their vehicle was seized. According to the Kannur RTO, a fine of Rs 6,400 for the modification and around Rs 42,000 fine will be levied for the illegal modification of the vehicle.

However, the brothers who arrived at the RTO office also caused problems, including the illegal mobilisation of young people. The Department of Motor Vehicles was forced to report the incident to the police as the brothers made an emotional live video on social media.

According to the MVD, the vehicle is equipped with lights and horns that pose threat to other vehicles on the road. However, the brothers claimed that this is a vehicle that travels across the country and it requires different lights to suit the places.