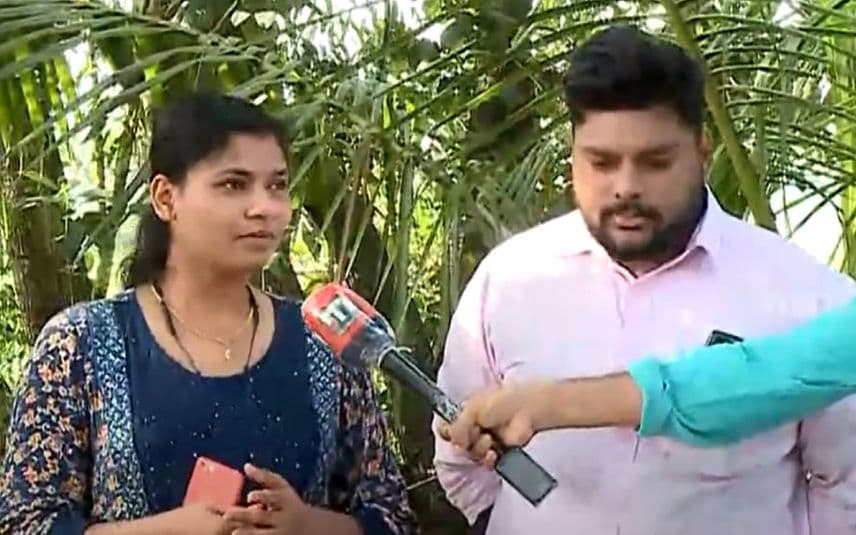 Alappuzha: DYFI leader MS Shejin and his partner Joysna Mary Joseph responded to the controversy over their interfaith marriage at Kodencherry in Kozhikode. Joysna told Mathrubhumi News that she was in a relationship with Shejin who belongs to the Muslim community for a long time. She had decided to leave home to get married to Shejin.
Shejin said that the local leadership of his party promised all support to their marriage.

“The local leadership has assured me that they will give support and protection to us if Joysna is ready to come with me,” said Shejin.

“I got acquainted with Shejin earlier. We fell in love with each other a few months back. I left my home to live with him. I was sure that there will be problems. But never thought that it will be so serious. Shejin didn’t ask me to convert to his religion. I have the right and freedom to believe in my religion till my death,” said Joysna.

Meanwhile, Shejin condemned the cyberattacks against him.

“Love Jihad is a baseless thing. Joysna will continue to believe in her religion. But some people are trying to spread hatred by involving in character assassination. Some organisations and people are behind this campaign. Such a protest against the marriage of two people is barbaric,” criticised Shejin.

Even death threats are issued against us. So, we are not planning to go home soon, he added.

The marriage between DYFI Kannoth region secretary and CPM local committee member Shejin and Theyyappara native Joysna Mary triggered a row after the girl’s family alleged it as Love Jihad. Following this, the marriage led to heated discussions within the party and the area.

Don't use altar for propagating politics of hatred: Mar Coorilos lashes out at Pala Bishop