The police encounters took place even in Palakkad, Wayanad and Malappuram which were considered as strongholds of Maoists. A total of 65 activists were arrested and four others surrendered. Over 250 UAPA cases were registered against Maoists. 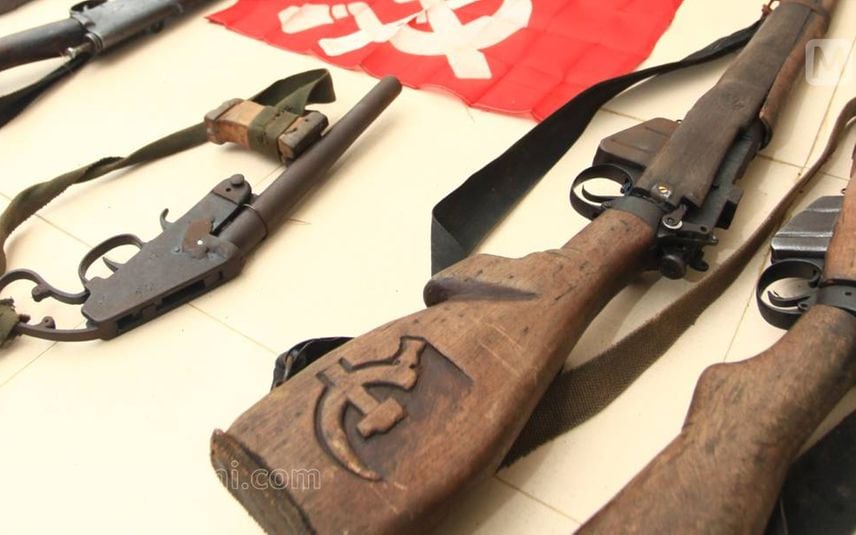 Kalikavu (Malappuram): The Maoists are mulling to end their activities in Kerala due to unexpected setbacks faced here and lack of support. The Maoist leaders are planning to retreat from Kerala within 5 years if the present situation continues.

A senior police official told ‘Mathrubhumi’ that Kannur native Rajeevan who was arrested recently revealed that they are planning to end the activities. The Maoist Movement faced the biggest setback from Kerala.

A total of eight leaders were killed in the police encounters within 4 years. The arrest of activists including central committee member also dealt a heavy blow. The police seized many important documents and weapons from them.

The police encounters took place even in Palakkad, Wayanad and Malappuram which were considered as strongholds of Maoists. A total of 65 activists were arrested and four others surrendered. Over 250 UAPA cases were registered against Maoists.

Central committee member and intellectual Rajan Chittilappally and other activists of minor organisations were imprisoned. It has been seven years since Thrissur Vadanappally native Roopesh was nabbed. Over 30 activists are still in prisons.

Arrested leader Rajeevan revealed that they have discussed with leaders the plan to end the activities within 5 years if the current situation prevails. The statement of the surrendered activists also was a setback for the Maoists.

Sundaran (Unnikrishnan), Kanyakumari (Kanya), Anandakumar (Bhagat Singh) and Padma Tamil Nadu had surrendered. Maoists were disappointed after they failed to give a fitting reply to the police who took strict action against them.