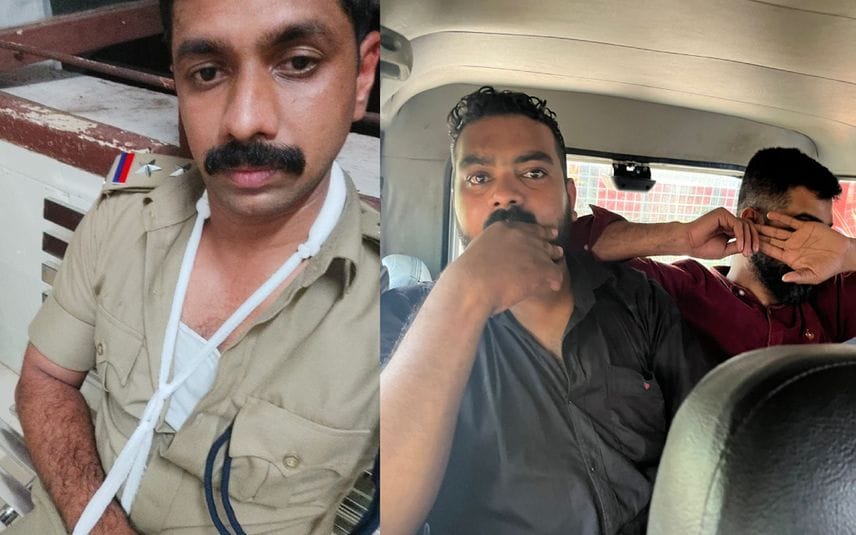 Kozhikode: The police here on Sunday arrested two young men for attacking a sub-inspector and his driver while inspecting vehicles at Palayam. The accused were identified as Kottaparambu native Vipin Padmanabhan and Shihab from Puthiyappa.

Kasaba SI Abhishek and driver Sakariya were attacked by the men. The incident was reported on Sunday at around 3 am, while the cops were on duty in Kozhikode city. The accused pushed the driver away and twisted SI Abhishek’s hand. Later, the police overpowered the accused with the help of the locals.

Police informed that the youth were inebriated during the attack. The medical examination of the accused was delayed as they were violent even under police custody. The injured cops sought medical aid following the attack.