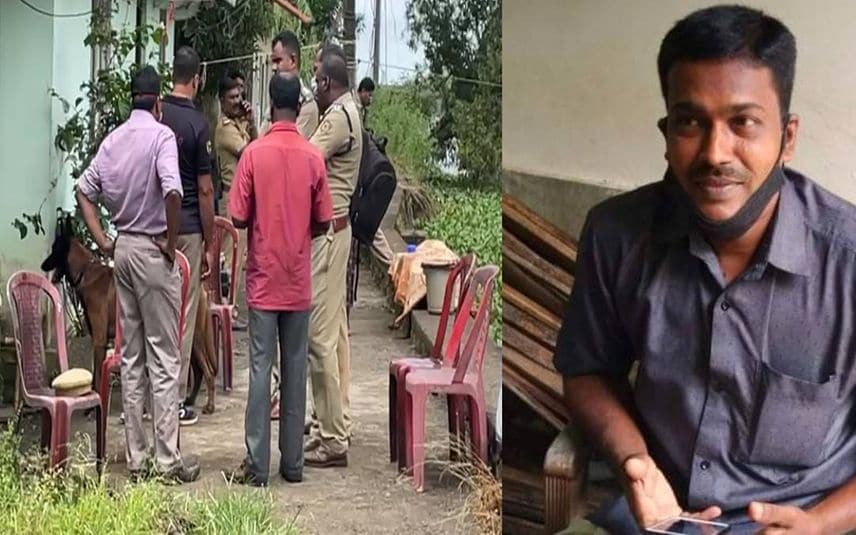 Kottayam: Family members of Bindhu Kumar raised doubts over his death hours after finding his body buried inside a house. Shanmughan, the brother of the deceased told Mathrubhumi News that they will share their doubts with the police.

As per the preliminary assumption of the police, Bindhu Kumar who went missing days back from Alappuzha was found murdered in Changanassery. His body was found buried inside the house of Muthukumar on MC road at Changanassery. Bindhu Kumar’s family also identified the body which recovered on Saturday morning.

According to police, the youth was murdered and buried inside the house. The killer also managed to concrete the floor after burying the body.

During the probe, police recovered his bike from a canal at Vakathanam in Kottayam. The tower location of his mobile phone was also identified as the Changanassery area. Following this, police initiated a probe centring on Bindhu Kumar’s friend Muthukumar.
Though police didn’t trace Muthukumar, they came to know about some construction works at his house. The floor of the area close to the kitchen was found concreted. As sensing something unusual, the probe team initiated action to dig the floor. Later, the body was recovered from the same spot.

Meanwhile, the natives told police that Muthukumar and his family left the house three days back. They told the media that Muthukumar’s wife is an NRI.

Bindhu Kumar’s family also responded that he left his house on September 26.

“He didn’t tell anything before leaving the house. He didn’t return the next day. His phone was also switched off. Hence, we decided to file a complaint with the police,” said Bindhu Kumar’s relatives.