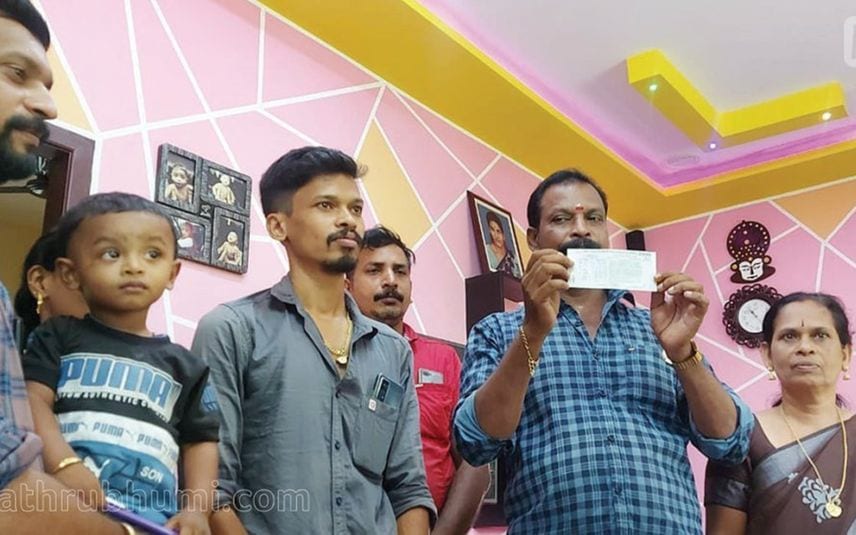 Soman along with his family members

He is a contractor and has been taking lottery since a long time. Though he had won small prizes, he always dreamt of winning big money. He has been very optimistic about winning and now it has become a reality. Interestingly, this coincides at a time of shifting to his new home a week ago.

The winning lottery was purchased from a Panakkachira native Deepu, who has been involved in retail sales of lotteries. Soman had purchased other lotteries from Deepu as well. Deepu bought it from PKS Lucky Centre here.