DR Anil, who is currently under scrutiny over the appointment letter controversy, is the health minister’s representative in the Medical College Hospital Development Committee. 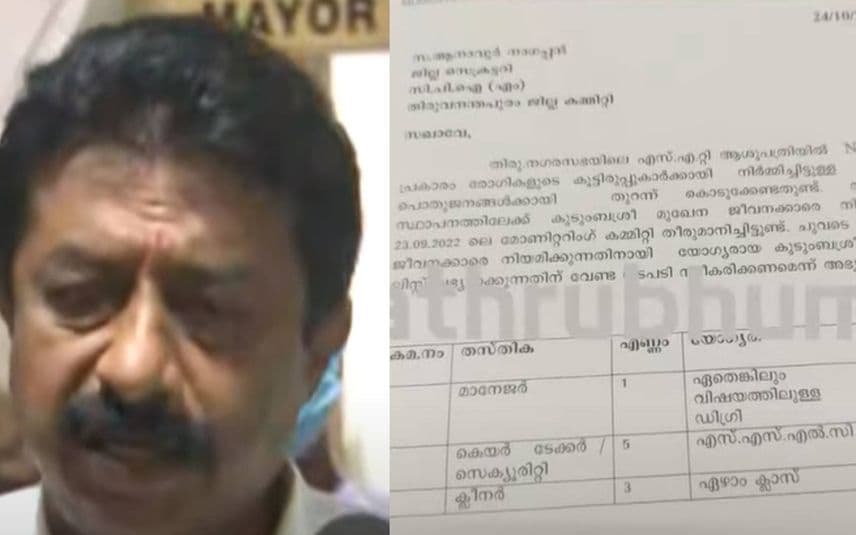 Thiruvananthapuram: Amidst deepening backdoor appointment row, it has been found that a kin of municipal corporation parliamentary party secretary DR Anil is among the appointees at the medical college.

Anil’s brother Ramraj was appointed through Kudumbasree as a lift operator at Thiruvananthapuram Medical College. However, he was fired after complaints, accusing him of repeated drunken misbehaviour, were lodged against him. Later, he was reappointed following Anil’s intervention.

DR Anil, who is currently under scrutiny over the appointment letter controversy, is the health minister’s representative in the Medical College Hospital Development Committee.

In addition, allegations are rife that the appointments to the posts of arts and craft teacher at Cotton Hill School and caretaker at Government School for the Visually Impaired in Vazhuthacaud were made violating norms.