Chala: At least 10 shops were demolished after a speeding truck rammed several roadside shops at Chala market on Kannur- Kuthuparamba road on Monday at 1.30 am. The incident happened when the truck from Kozhikode was returning after unloading milk containers in Pannoneri.

Four electric posts were also knocked down. The power connection was soon cut off when the locals passed the information regarding the accident to the electricity office. The shop owners claimed that they sustained a loss of lakhs due to the accident. 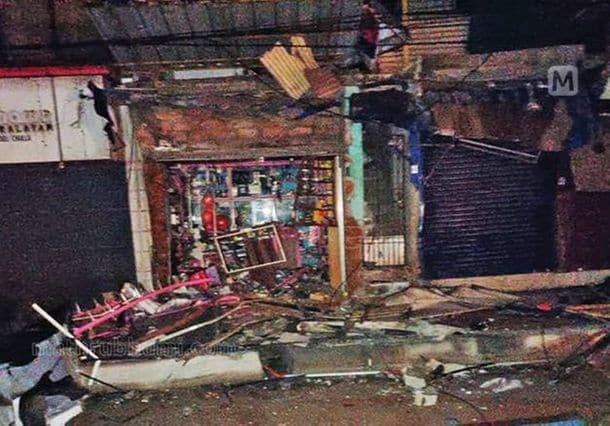 Following a preliminary probe, the police inferred that the accident was caused when the driver dozed off involuntarily. The locals were awakened by the huge sound of the accident and many of them rushed to the spot. Soon Edakkad police arrived and brought the situation under control. A tragedy was averted as the incident happened when no one was present near the spot.