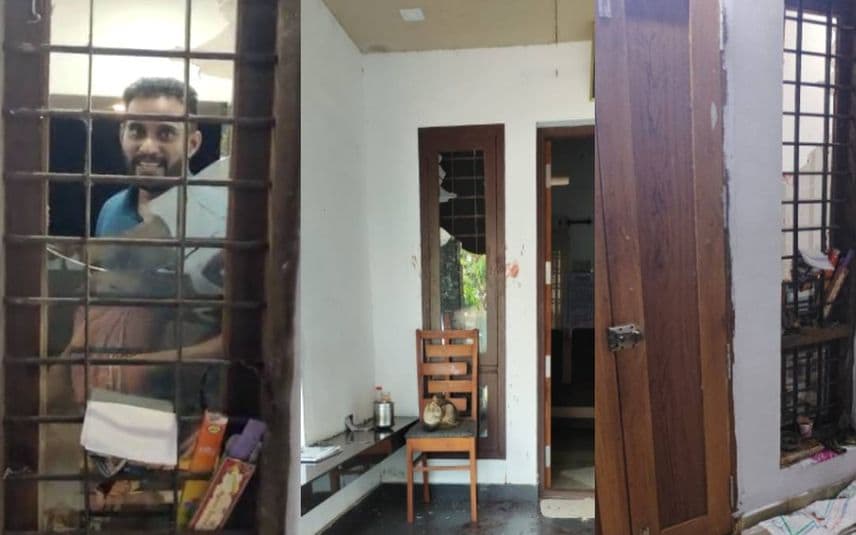 The accused who is threatening the woman after the attack (Left), windows of the house vandalised in the attack | Photo: Mathrubhumi/Abhilash Kottayam

Kottayam: A man along with a gang of goons allegedly vandalised the house of his wife following a dowry dispute in Thiruvalla, Kottayam.

According to reports, the attack took place on Monday around 12 am, while the woman’s 27-day-old infant was inside the house.

Reportedly, the attack was an act of revenge as the woman had earlier lodged a complaint with the Gandhinagar police against her husband for making lewd comments at her.

The police have registered a case against four identifiable people, including the woman’s husband Thiruvalla native Santhosh, in connection with the incident.

The duo got married in 2022. Around 35 sovereigns of gold were given as dowry during marriage. Following this, Santhosh allegedly threatened and harassed his wife demanding more dowry.

Meanwhile, the woman, who got pregnant, returned to her home for delivery and was living there.