The issue generated a lot of heat in the House with both Pinarayi Vijayan and Leader of the Opposition Ramesh Chennithala sparring before the latter led the front members in a walkout as the Speaker disallowed the notice. 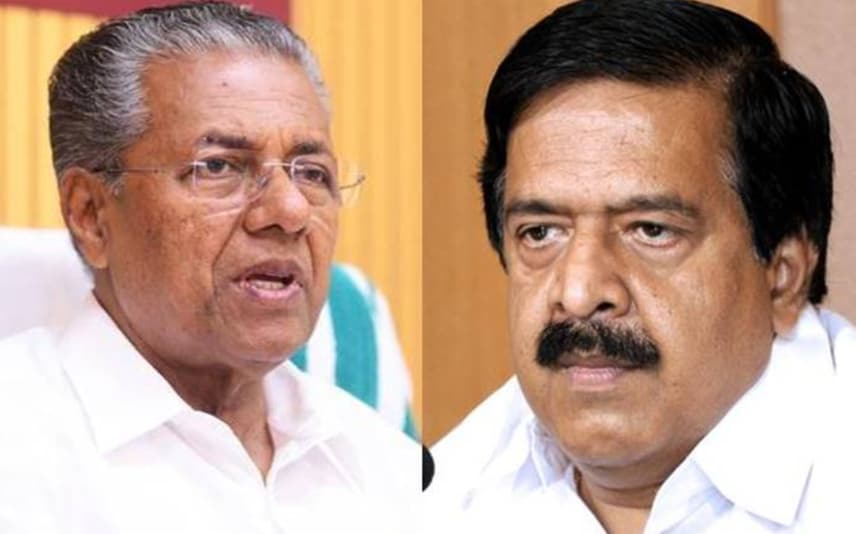 Thiruvananthapuram: Kerala Chief Minister Pinarayi Vijayan on Tuesday said some terrorists "operating in the state" have connections with Maoists and asked Congress not to glorify the ultras as he defended the NIA taking over UAPA cases against two student activists of CPM.

He made the remarks in the state assembly while opposing a notice for an adjournment motion sought to be moved by the Congress-led UDF against slapping of cases against two students under the Unlawful Activities Prevention Act (UAPA) for their alleged Maoist links and the NIA probe.

The issue generated a lot of heat in the House with both Pinarayi Vijayan and Leader of the Opposition Ramesh Chennithala sparring before the latter led the front members in a walkout as the Speaker disallowed the notice.

UDF leader M K Muneer, who moved the notice, contended that Taha Fazal (24) and Alan Suhaib (20) arrested on November 2 last year were under custody without any evidence against them and demanded an explanation and withdrawal of the cases.

Fazal and Suhaib, students of journalism and law respectively and the CPM's branch committee members were arrested in Kozhikode with the action drawing widespread criticism in the Left-ruled state.

In his reply, Pinarayi Vijayan asked the opposition not to justify Maoists just because they (UDF) oppose the Left and said cases were registered not based on political pressure.

"There is no need to justify the Maoists just because you are politically opposing the Left Democratic Front (LDF). We all know what the Maoists are doing," he said.

He said "some terrorists operating in the state have some connection with the Maoists" and such groups have special interest in matters related to Maoists.

"We need to think whether glorifying the name of Maoists is right or not. Some people might get misleaded. Instead of encouraging such acts, we need to rectify their mistakes," the chief minister said.

A third person, Usman, who was associated with the two students, was an accused in at least five cases under UAPA, he said.

Pinarayi Vijayan said the investigation in the cases was taken over by the National Investigation Agency on the direction of union home ministry. "The centre has authority for taking over the cases under UAPA," he added.

He also hit out at the Congress, saying it was the UDF government that had filed the maximum number of UAPA cases and wondered whether the opposition wanted him to go to Union Home Minister Amit Shah seeking withdrawal of the case.

Chennithala mocked at Pinarayi Vijayan's reply to the notice and said he felt as if he was listening to Shah in the Lok Sabha. He said those who became Maoists were from the Left parties and not from the Congress.

"The police claimed that Alan scribbled Maoism Sindabad on the school wall when he was in the ninth standard. What are they saying," Chennithala said, adding the chief minister failed to explain why the two were arrested.

"...Why can't the chief minister approach Amit Shah seeking the withdrawal of UAPA against these two students. It's better than falling at the feet of the Governor," Chennithala said.

He was apparently referring to the recent exchanges between Governor Arif Mohammed Khan and the LDF government over the latter's stand on Citizenship Amendment Act.

After Khan read reference to anti-CAA resolution in his policy address to the assembly last week despite disagreeing with it, Chennithala had said the government and the Governor had come to a "truce". "The CM begged the Governor to read the policy address in full, he had said.

Muneer said the two students were facing dismissal from their respective educational institutions due to lack of attendance and it was affecting their future.

He also said the LDF government was booking cases under the UAPA even as it claimed it was opposing the law.

As the speaker refused to allow the adjournment motion after the explanation given by the Chief Minister, opposition parties staged a walkout.

'Why restrict adults', asks HC on petition against hostel curfew at Kozhikode ...

Thiruvananthapuram: The proposed hike in ...