Doesn’t know who sanctioned Maradu flats and when, says Govt

Government had no answer to the question when the buildings were sanctioned and who was ruling the Maradu corporation then. 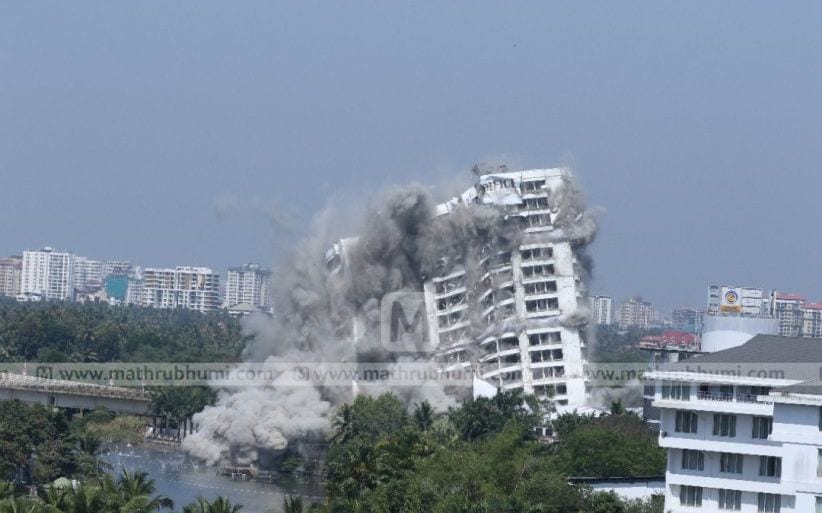 Holy Faith H2O flat razed down in Maradu. Photo:Sinoj VS

Thiruvananthapuram: The Kerala government said that it does not know who sanctioned the construction of apartment complexes in Maradu which were demolished the other day for violating Coastal Regulation Zone norms and when.

Government had no answer to the question when the buildings were sanctioned and who was ruling the Maradu corporation then.

On November 15, 2019 when Ernakulam MLA T. J. Vinod in the Assembly asked on the matter, Minister of Local Self Government A. C. Moidheen said a very strange answer that the government doesn’t know who gave the permission and when. Minister had said that government was collecting details on it.

The government deliberately tried to not mention that the Maradu panchayat was ruled by LDF under K. A. Devasya when the buildings were sanctioned.

When asked about the probe on corruption, financial irregularities and political influence, minister again repeated the same answer.

The government also kept mum on the ongoing crime branch investigation on the issue.

Meanwhile, minister Moidheen said that the government has nothing to hide. “When High Court intervened in the matter, government had produced all the related documents. All details were presented in the Supreme Court. Everything is clear in terms of sanction and violations,” the minister added.