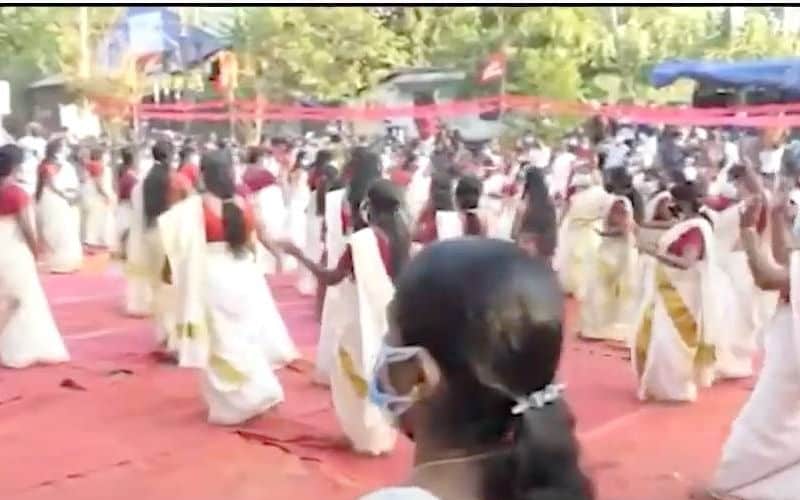 Wadakkanchery: After the 'Thiruvathirakkali' (traditional dance) organised by CPM in Thiruvananthapuram turned controversial, the party faction in Thrissur also organised a similar event though with lesser number of people.

The dance, organised ahead of the Thrissur district conference of the party, was attended by 100 women cadres. The programme was organised at Oorokode, Kundukad near here, by the All India Democratic Women's Association (AIDWA) members. Wadakancherry Block Panchayat development standing committee chairperson M K Sreeja led the team.

Earlier, a similar dance of 500 CPM members at Parassala in Thiruvananthapuram turned controversial for multiple reasons. The programme violated the Covid-19 protocol. Also, the funeral of the slain SFI leader in Idukki was held on the same day. The song of the 'Thiruvathirakkali' was also criticised by many for its "awkward" lines showering praises on Chief Minister Pinarayi Vijayan.

AIDWA Thrissur district president M Girija Devi said that the grand programme was cut short to 100 people due to Covid-19 but the protocols were followed. All the dancers are seen wearing mask in the video.