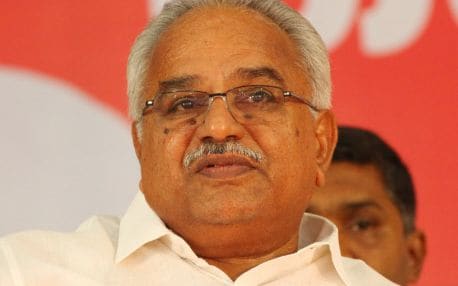 Kollam: An argument broke out between CPI leaders in the meeting that was summoned to report disciplinary action against district assistant secretary PS Supal and state council member R Rajendran. CPI leaders in Kanam faction and Ismail-Prakash Babu faction quarrelled with each other at the meeting. Following this, CPI state secretary Kanam Rajendran has warned the members and declared that he will not compromise on the discipline of the party.

The district executive meeting presided by S Buhari was held at MN memorial centre here on Thursday at 11 am.

Mahila Sangham leader Vijayamma Lali criticized the party leadership for ignoring her complaint against Supal. She filed the complaint one year back. She pointed out that if disciplinary action was taken against Supal over her complaint, the party would not have witnessed such a crisis that is presently seen.

Addressing the meeting, Kanam Rajendran stated that the disciplinary action against the duo was delayed due to the failure to summon the meeting amid the COVID-19 crisis. He added that the party has received numerous complaint against Supal.

The district council meeting presided by C Ajay Prasad held around 2 pm also witnessed dispute over the disciplinary action. The faction against Kanam Rajendran criticized that the state leadership is trying to weaken the party in Kollam which has the highest number of members.