Velayudhan is the former vice-chairman and national executive committee member of BJP. 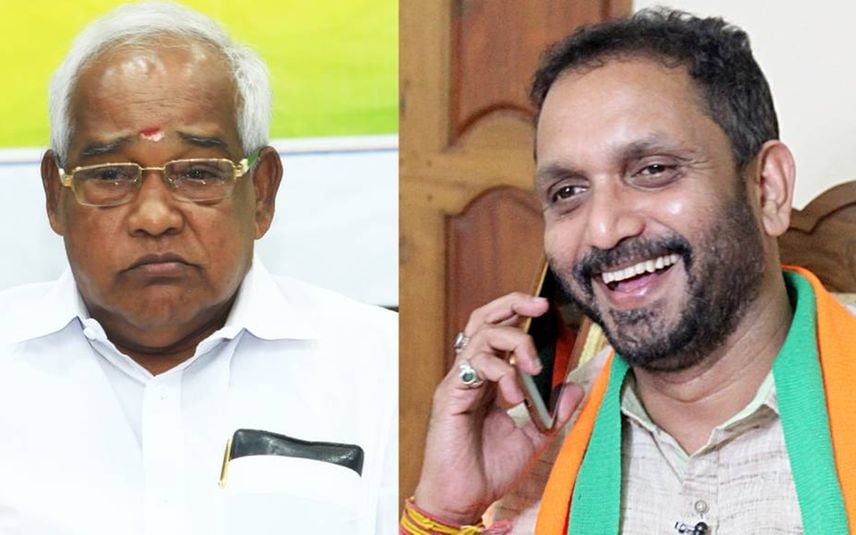 Thiruvananthapuram: The state BJP is going through a phase of disharmony. After vice president Sobha Surendran, PM Velayudhan also has hit out against state president K Surendran publically. He broke down while addressing the media here.

Velayudhan is the former vice-chairman and national executive committee member of BJP. “I had voted Surendran to the president post but he cheated,” Velayudhan said.

'The situation is similar to children abandoning elderly parents at old age homes. There are many people like me staying at homes. I had repeatedly called state president to inform of my issues. He didn’t pick my call or revert. He even came to my constituency Perumbavoor twice but never contacted me. State president is liable to hear us out,' he added.

“I was imprisoned twice for protesting during emergency. I have always stood up for the same ideology. But today, this is very hurting,” he broke down.

Sobha Surendran, who have been keeping away from active politics for some time, had openly criticised the other day Surendran for avoiding and humiliating her.

Some party workers, including Sobha Surendran, also complain that union minister V Muraleedharan is hindering their complaints from reaching the national leadership.