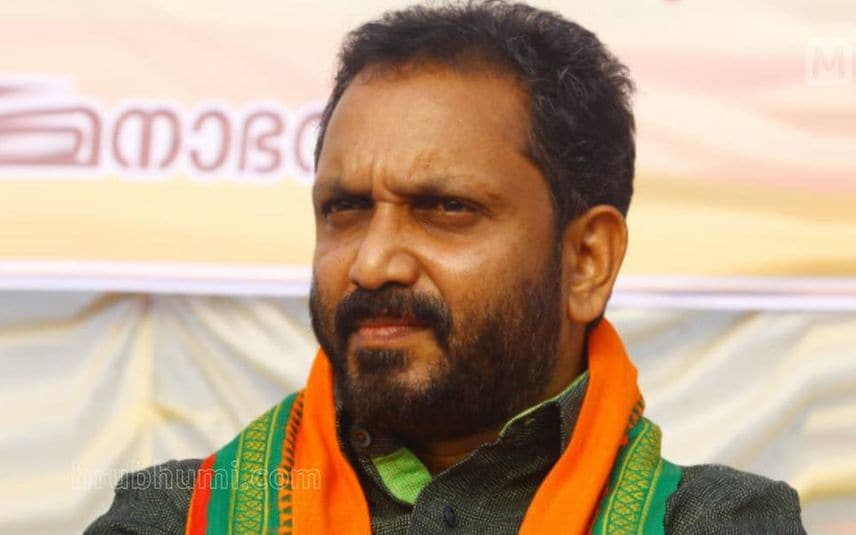 Nadapuram: Discipline is utmost important in the party and one won’t be allowed to violate it, said BJP State President K Surendran. He was answering the question of media persons here on Tuesday on the revamp in the party. “Party has its own measures to assess the conduct and functioning of its leaders and members. The reorganisation of the party will continue in the coming days and it will reach till the base of the party. Party representatives should be very careful while dealing with social media and strict action will be initiated if found violating party discipline,” said Surendran.

He also said there are widespread irregularities across the state in plus-one admission as students and parents are highly concerned. “Students who secured high marks are even not getting plus-one admission. All these issues must be solved immediately.”

He termed K-Rail an unscientific project and the government should go back from it. “The controversial woman in Monson’s case has links with CPM leaders and influence in the government. The state government has supported Monson to commit frauds and the government and chief minister have been hiding many things,” said Surendran.

The BJP in Kerala on Tuesday announced a major organisational revamp, changing five of its district presidents and inducting some fresh faces as office bearers with an eye on a strong comeback.

Though there were widespread rumours that K Surendran would be removed as the party's state chief in the wake of the drubbing of the party, there seemed to be no change in the top post as per the new list.

Senior leaders A N Radhakrishnan and Shobha Surendran would continue as the vice presidents, while another senior leader and party spokesperson K Gopalakrishnan was also elevated to the same post, according to the list released by the state president.

E Krishnadas would be the new treasurer of the state BJP, it said.

The party's district presidents in Pathanamthitta, Kottayam, Kasaragod, Palakkad and Wayanad have been replaced.

Actor G Krishna Kumar, who was the party's candidate in the April 6 Assembly polls, has been inducted into the national council of the party along with G Raman Nair and M S Samboorna, the list added.