Swapna Suresh walks out of jail along with mother 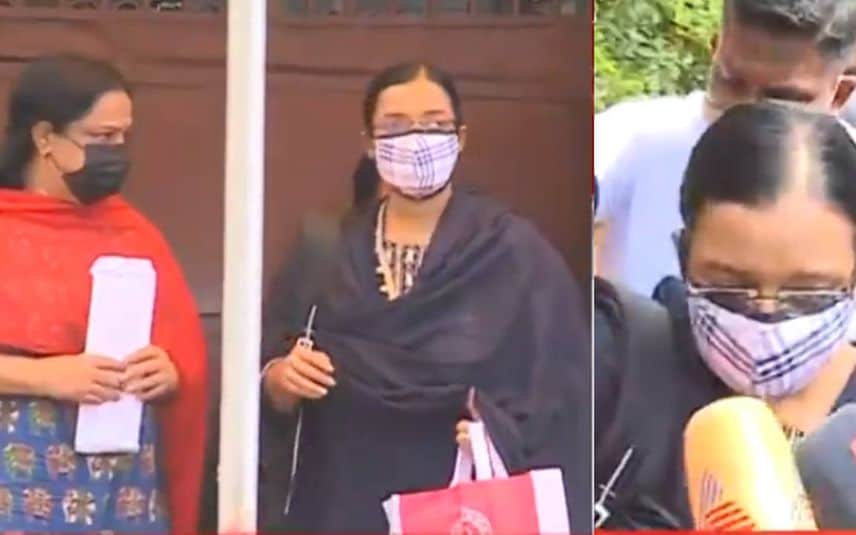 Swapna Suresh comes out of jail along with her mother | Source: TV Screengrab

Thiruvananthapuram: Gold smuggling case accused Swapna Suresh was released on bail from the Attakulangara Women's Prison, Thiruvananthapuram, on Saturday morning. The Kerala High Court on November 2 had granted bail to Swapna in all six cases. She was earlier granted bail in related cases registered by the Enforcement Directorate and Customs department

Coming out of the jail dressed in a black salwar, Swapna did not react to mediapersons. "I will respond later," she said. Swapna's mother Prabha Suresh arrived at the jail to receive her. Swapna held her mother's hands and walked into the car waiting outside. On reaching their house, Prabha told mediapersons that Swapna has a lot to speak about but would do it later as she is physically weak.

The Kerala high court granted bail to Swapna Suresh and seven others in a UAPA case lodged by the NIA in connection with the gold smuggling through diplomatic channels, saying that prima facie it does not find that they committed any terrorist act as alleged against them.

Swapna Suresh, the former secretary at UAE’s consulate general’s Thiruvananthapuram office, was arrested in July 2020 on charges of gold smuggling.