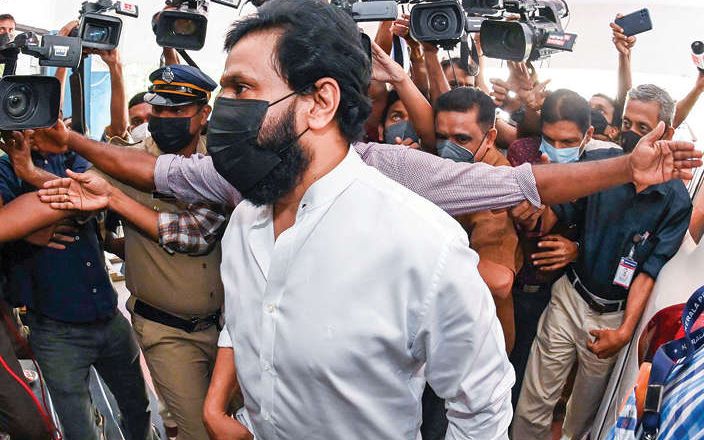 Kochi: Amid the hearing in the anticipatory bail plea of Malayalam actor Dileep and 5 others in a case pertaining to allegedly conspiracy to murder the investigating officials of the 2017 actress assault case, the counsel for Dileep raised a sharp criticism against the police.

Reiterating that the case is merely framed, Dileep’s counsel Adv B. Raman Pillai argued that FIR was prepared by the officials who have personal vengeance towards the actor. According to Pillai, the FIR is a story rich in fictitious elements. He argued that the cops intentionally recorded Balachandra Kumar’s statements to register the FIR.

The counsel claimed that the actor’s audio has been misinterpreted and asked how come a personal conversation with family members amounts to conspiracy. According to Dileep’s counsel, the police is playing a game with the new case as the cops are aware that they will not win the 2017 actress assault case.

The counsel also asked about the tablet which was reportedly used for recording the audio clip. According to the counsel, chances of manipulation is there as the tablet was not submitted before for the court. The clip was transferred from mobile to laptop, then to a pen drive, the lawyer pointed out.

The defendant argued that the audio clip is incomplete. The audio clip was produced by combining bits of conversations on different occasions, they claimed.

He also questioned the legality in allowing the Crime Branch to probe the conspiracy case, which is supposed to be investigated by the local police.