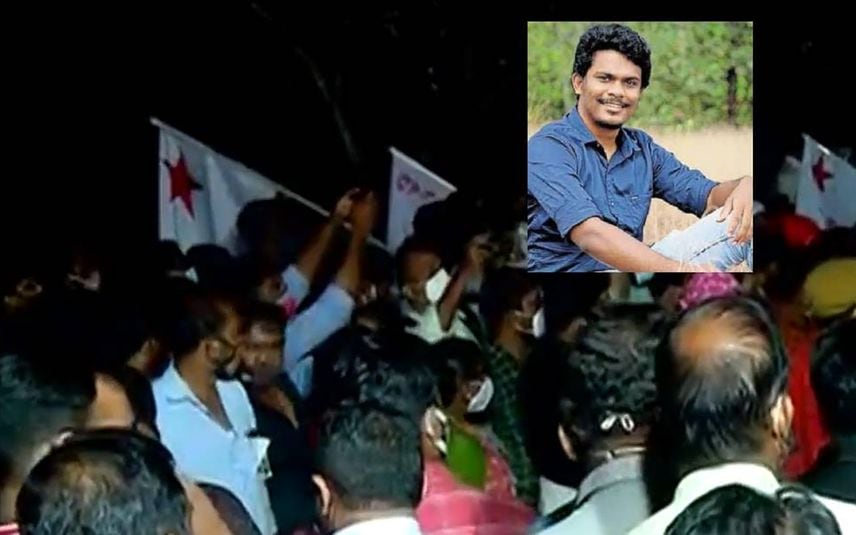 Kannur: The mortal remains of the SFI activist Dheeraj Rajendran, who was stabbed to death at Govt Engineering college in Idukki was cremated on Wednesday by around 2 am. The body was laid to rest at the eight-cent plot bought by CPM close to the premises of Dheeraj’s house in Taliparamba. A huge number of people in a funeral cortege thronged to the SFI leader's house after the public homage at CPM Idukki district committee office and his college on Tuesday.

The procession ended at CPM area committee office in Taliparamba at 12.30 am. Thousands thronged to bid adieu to their fellow comrade in the paths of the procession and at the party office.

The last rites were performed by the relatives at Dheeraj’s house. A hartal has been declared in Taliparamba from 4 pm in protest of Dheeraj's murder.

Police have arrested Youth Congress leaders Nikhil Paily and Jerin Joe on the backdrop of Dheeraj Rajendran’s murder on Monday.

Youth Congress Mandalam president Nikhil Paily has confessed to stabbing Dheeraj. However, he claimed that he had no intention to kill Dheeraj and he reached the college to help his relative who is participating in the college union election.