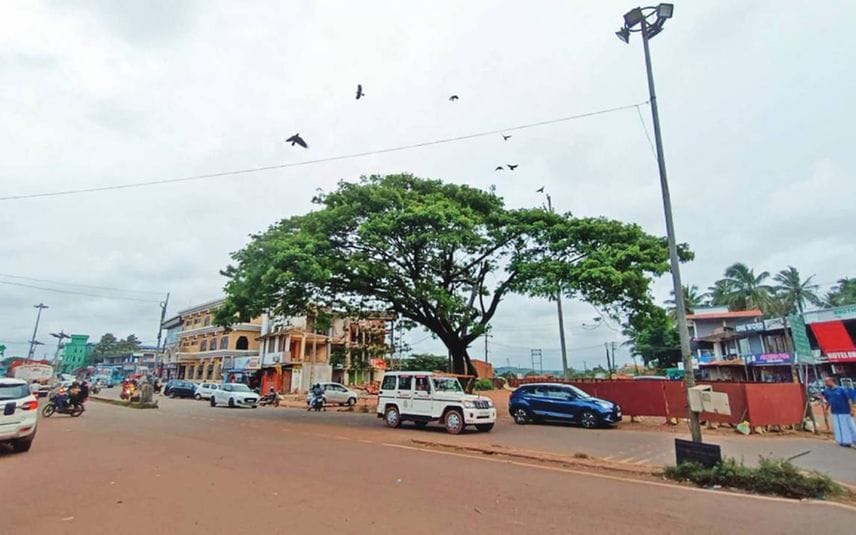 Kasaragod: The tragic sight of birds which died after cutting a big tree at Malappuram for NH 66 expansion, had shook the conscience of Kerala. Evoked by that authorities concerned seems to be in tight vigil to avoid such incidents.

The entity undertaking construction of second reach of NH 66 expansion on Kasaragod's Cherkala-Nileshwaram stretch has temporarily stopped work at Cherkala Junction. The reason is the presence of nestlings in a tree. Megha Construction spearheading the work has decided to pause the work there as the tree needs to be removed. They will pause the work until the nestlings are able to fly.

The tree needs to be cut down for erecting electric poles. The nestlings were seen when construction related works were progressing. Apart from cormorants there are nests of crows and storks.

The tree cutting was fixed on September 2. Forest officials and ornithologists had visited the spot and the decision to postpone felling was based on their demand.