The Malayali girl who was involved in the accident has been identified as Dr Dhanusha Padikkal (26), daughter of Muralidas Padikkal. 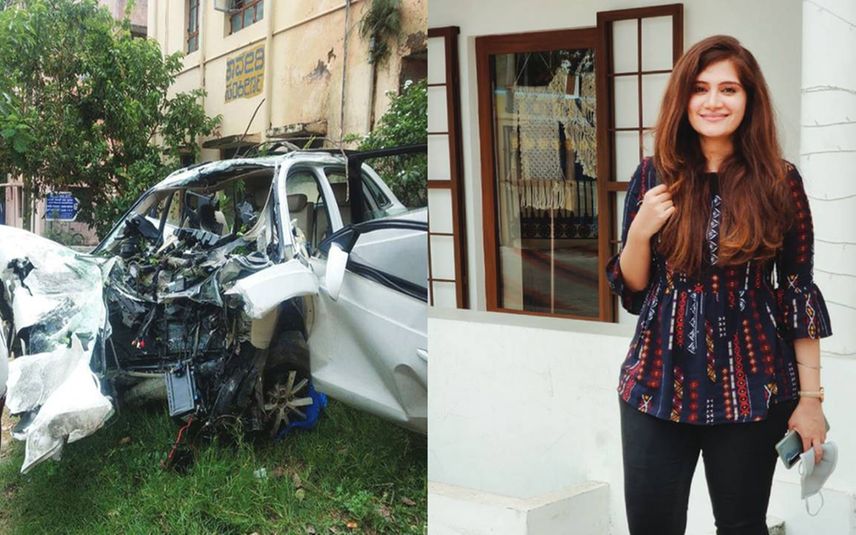 Bengaluru: Seven people including a Malayali woman were killed in a car crash in Bengaluru. The Audi car in which they were travelling rammed into a roadside wall and was mangled beyond recognition. The deceased include son and daughter-in-law of DMK MLA Y Prakash of Hosur in Tamil Nadu.

The Malayali girl who was involved in the accident has been identified as Dr Dhanusha Padikkal (26), daughter of Muralidas Padikkal hailing from Tavanur in Kuttippuram.

The SUV driven by Karuna Sagar met with the accident at Koramangala in Bengaluru at around 1:30 at midnight. The overspeeding SUV rammed into the road divider and crashed into the compound wall of the Punjab National Bank building. One of the passengers was thrown out of the car under the impact of the collision.

It is speculated that the safety gear of the car did not work during the accident. The car was crushed completely. Six of them died on spot and one died while being taken to the hospital.

Dr Dhanusha Padikkal was working as a dentist in Bengaluru. She and Dr C Bindhu were classmates in a dental college in Bengaluru. The accident occurred while they were returning after attending a program in Koramangala.