Demolition of Kapico Resort in Alappuzha begins; to be completed within 6 months 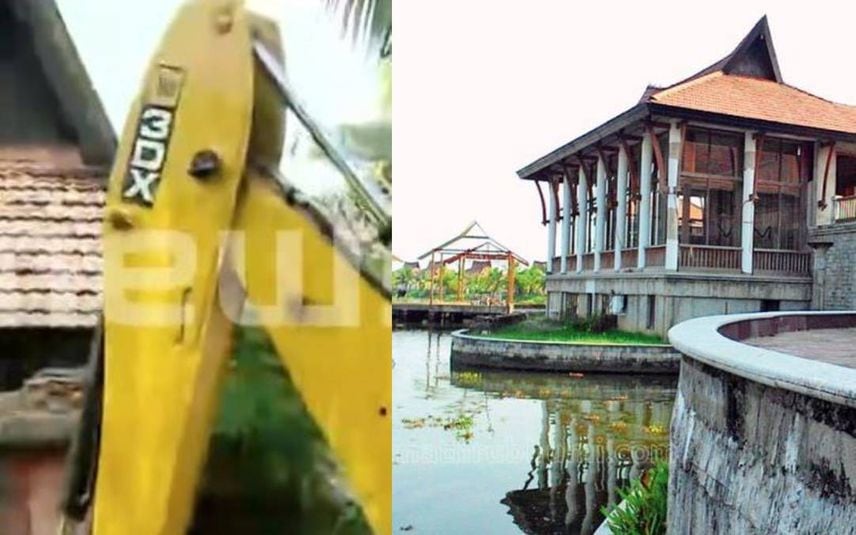 Poochakkal (Alappuzha): The demolition of Kapico Resort in Alappuzha for violating Coastal Regulation Zone (CRZ) rules began on Thursday. Two villas found to be constructed on government land on the south side of the resort will be first demolished. Earlier, the Supreme Court directed officials to demolish the 36,000 sq feet resort worth Rs 200 crore for land encroachment and violation of CRZ norms.

The expense of the demolition is borne by the resort owners. They assured the Alappuzha district administration that debris after the demolition would be disposed off without causing damage to the ecosystem in the area. The demolition process is headed by Alappuzha Collector VR Krishna Teja IAS, along with a nodal officer and sub-collector Suraj Shaji, secretary of PPanavally Grama Panchayat, Village Officer and Tehsildar.

The authorities planned to complete the demolition process in a phased manner within the next six months. Earlier, the government reclaimed 2.9397 hectares of land encroached by the resort owners.