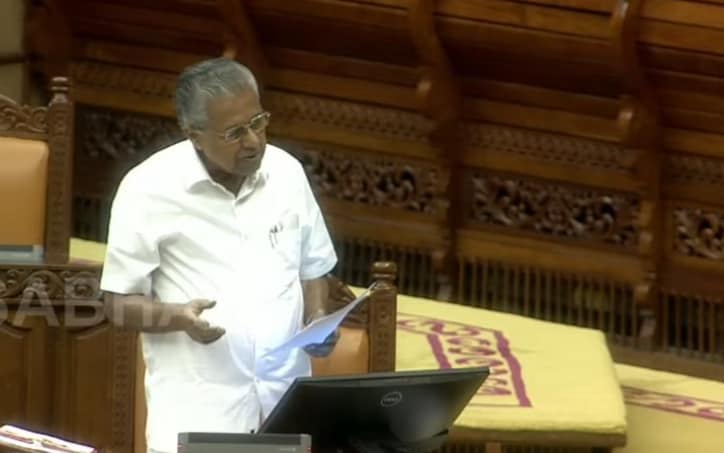 Thiruvananthapuram: The Kerala government on Tuesday categorically stated that the construction activities at Vizhinjam port could not be stopped anyway and they were ready to consider any "reasonable demands" raised by the local community other than halting the multi-crore project.

The construction of the port is nearing completion and the fishing community should be ready to withdraw their agitation considering this reality, Chief Minister Pinarayi Vijayan said in the state Assembly. Noting that the government was taking necessary steps to fulfil majority of the seven point-demands raised by the fishermen, he, however, said the demand to stop the construction work was not acceptable. "As the construction of the Vizhinjam Port is nearing completion, the government is not averse to considering any reasonable demand raised by them except that to stop its construction," Vijayan said while replying to a Calling Attention motion moved by ruling MLA Kadakampally Surendran.

Rejecting the fishermen's complaints of widespread coastal erosion due to the construction of the port, the CM said as per the studies, it had been reported in the region even before the project started. But, he assured to set up a panel to study the phenomenon in the region considering the concerns of the local community. "Studies have shown so far that coastal erosion, being reported in the region, has no connection with the construction of the port. However, the government will appoint an expert panel to study these matters and submit a report considering their concerns," he assured. The committee would be directed to submit the report within the next three months and necessary steps would be taken after that.

Steps would be taken to set up a boat landing station in the region with the completion of the port. A detailed project report (DPR) to set up a renewable energy park is being prepared and the government would consider providing fuel from the park at subsidised rates to the fishermen with the commissioning of the port, he said. "The demand to stop the construction of the port is unacceptable under any circumstances. The demand to stop a project of national importance, which is already nearing completion, is illogical," Vijayan said. The government and the police are showing utmost restraint in dealing with the agitation of fisherfolk but it cannot ignore the attempt by a section of people to create tension in the fishing sector using any means. Last week, Vijayan had said that the protests outside the port do not appear to be by fishermen alone and in some places it looks like a pre-planned agitation.

Meanwhile, fishermen from various nearby hamlets today continued their agitation outside the main entrance of the multi-purpose seaport, located at nearby Mulloor, pressing their seven-point charter of demands including to stop the construction work and to conduct a coastal impact study in connection with the project. The protesters have been alleging that the unscientific construction of groynes, the artificial sea walls known as "pulimutt' in local parlance, as part of the upcoming Vizhinjam port was one of the reasons for the increasing coastal erosion in the district.