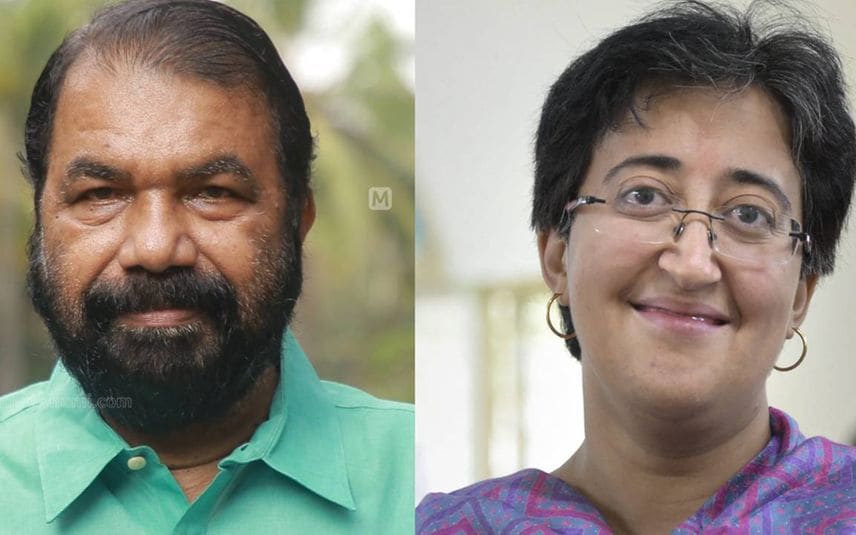 "I would like to ask the Kerala Education Minister to check the facts before tweeting. If he had seen our press release, he would have known that we never said that a government official visited the school," she told reporters here.

On the contrary, Sivankutty said that his department has not sent any team to learn about the Delhi model adding that the state government has "no objection" to the working of the national capital's education department.

Further stating that the education workers from Delhi had visited Thiruvananthapuram last month to know about the state's education model, the Minister said that there is no problem in "interacting with each other".

"A group of education workers had visited Thiruvananthapuram last month from Delhi and I have interacted with them. There is no problem in interacting with each other. Kerala government does not condemn the working of Delhi's education department. Kerala government has not done any deep study on it. It is doing well. That is our opinion," he said.

Asked about Atishi's claims that the regional secretary of the CBSE School Management Association and the treasurer of the confederation of Kerala Sahodaya Complexes visited the Delhi school, Sivankutty said that he does not know whether people from the CBSE have visited the national capital.

"I have said the truth that Kerala has not sent officials. Atishi's tweet was against the truth. I don't know whether people from other sections like CBSE have gone to Delhi," Sivankutty said.

Earlier today, Sivankutty contradicted AAP legislator Atishi's claims that "officials from Kerala visited a government school in Delhi to understand and implement the city's education model", asserting that his state's Department of Education never sent any officials to the national capital.

The AAP leader on Saturday had said that she had hosted the "officials from Kerala" at one of the schools in Delhi, who she claimed to be regional secretary of CBSE School Management Association and the treasurer of the confederation of Kerala Sahodaya Complexes.

"It was wonderful to host officials from Kerala at one of our schools in Kalkaji. They were keen to understand and implement our education model in their state. This is @ArvindKejriwal Govt's idea of nation-building. Development through collaboration," Atishi tweeted.

"Kerala's Dept of Education has not sent anyone to learn about the 'Delhi Model'. At the same time, all assistance was provided to officials who had visited from Delhi to study the 'Kerala Model' last month," Sivankutty tweeted.

However, Sivankutty asked, "We would like to know which 'officials' were welcomed by the AAP MLA." (ANI)

Save Our Sisters writes to pope against move to reinstate Franco as Jalandhar ...