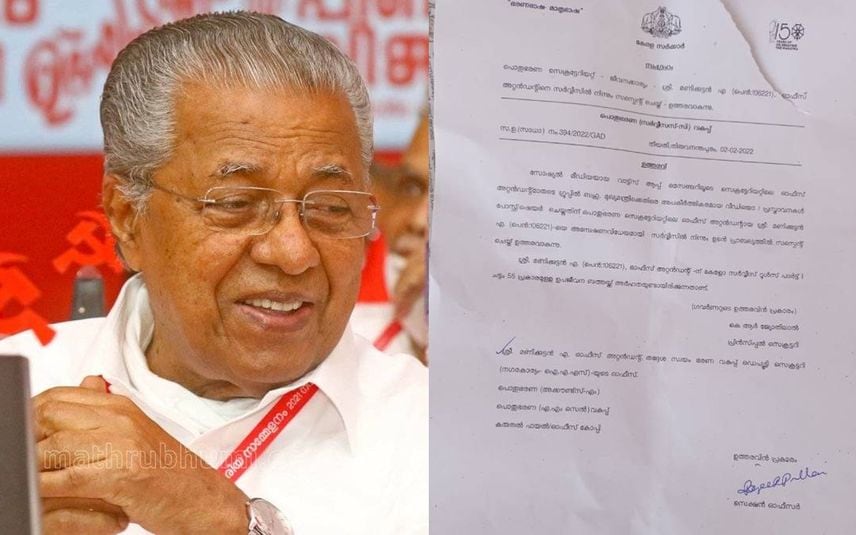 Thiruvananthapuram: A secretariat employee has been suspended for allegedly criticising Kerala Chief Minister Pinarayi Vijayan in a message shared on WhatsApp. Manikuttan A, an office attendant under the General Administration Department has been suspended from service.

The action was initiated against the employee after finding that he shared a message containing defamatory remarks against the CM. The message was shared on the WhatsApp group of office attendants. The apparent message was about political murders.

Principal secretary KR Jyothilal IAS has issued an order suspending Manikuttan pending an internal inquiry, based on a complaint about the matter.