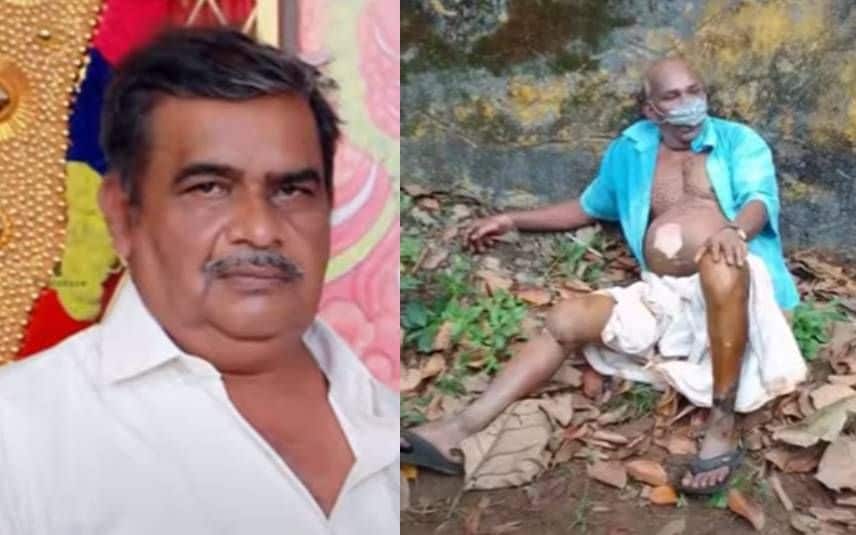 Thiruvananthapuram: The couple who was set ablaze by their neighbour succumbed to their burn injuries at the Govt.Medical College here on Saturday. The deceased are identified as Kilimanoor native Prabhakara Kurup and his wife Vimala.

According to reports, their neighbour Sasidharan Nair attacked them intending to take revenge by murdering them.

The accused attacked the couple with a hammer when he barged into their house. Later, he doused them in petrol and set them ablaze. Sasidharan Nair also suffered burns while setting the couple on fire. He is undergoing treatment in a hospital.

The incident took place on Saturday morning. Though the trio was rushed to the hospital, Prabhakara Kurup was pronounced dead on arrival at Parippally Medical College.

According to reports, over two-decades-long hunt for vengeance ended up in the brutal murder. Prabhakara Kurup had taken Sasidharan Nair’s son to a gulf country by promising a job. But the youth committed suicide. Following this, a quarrel broke out between the two families and the enemity drove the accused to attack and kill Prabhakara Kurup and his wife.

Sasidharan Nair alleged that his son committed suicide after facing torture from Prabhakara Kurup. He also lodged a complaint against Kurup over his son’s death. Police had initiated a probe into the complaint. But recently the court acquitted Kurup from the charges in the case.

Sasidharan Nair plotted and executed the murder after the court pronounced its verdict in the case.