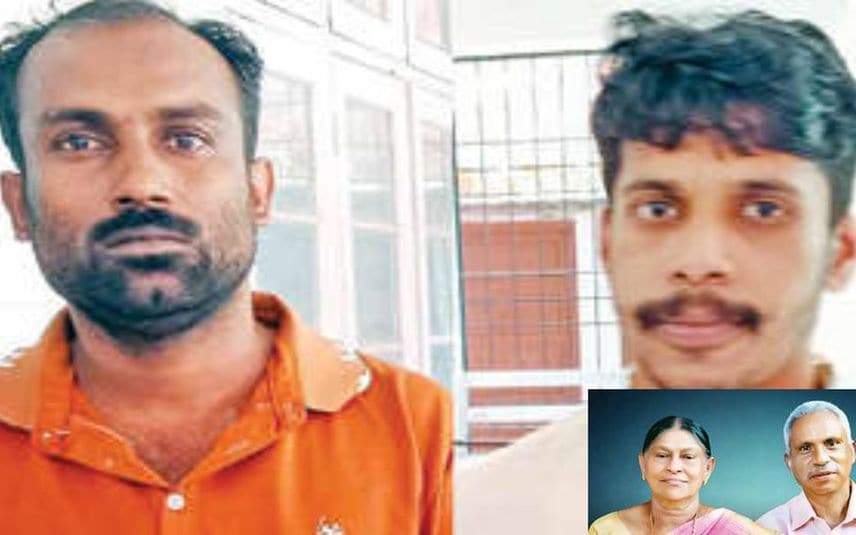 Mavellikara: The Mavellikara Additional district court has pronounced death penalty and double life sentence to the prime accused in the murder of an elderly couple in Chengannur. Meanwhile, the second accused was excused from the death penalty, considering his age at the time of the crime. However, the court awarded him multiple life sentences.

The order was passed by Mavelikkara Additional District Court Judge Kenneth George. In addition, both accused have to pay a fine of Rs 4 lakh each. If the fine is not paid, they face an additional two years in prison.
AP Cherian (Kunjumon-76) and his wife Elikutty Cherian (Lilly-68) were killed at her house on November 11, 2019. Labilu Hassan, 39, and Jewel Hassan, 24, are from Bangladesh.

The court observed that the murder was brutal and barbaric.

The accused arrived in India on October 30, 2019. The murder took place within 12 days of their arrival. The court condemned the murder and noted that the case was "rarest of the rare."

The scientific evidence has proved to be a crucial factor in the case. The prosecution was able to prove the presence of the accused accurately through testimony before and after the crime. Scientific examination revealed that the footprints found in the house where the murder took place were similar to the footprints of the accused. The investigation team was also able to scientifically prove that the bloodstains in the dress of the accused belonged to elderly couples. Further, the prosecution also pointed out the police for their timely interference and arresting the accused.

Man on bike crushed to death after KSRTC bus loses control and rams into ...