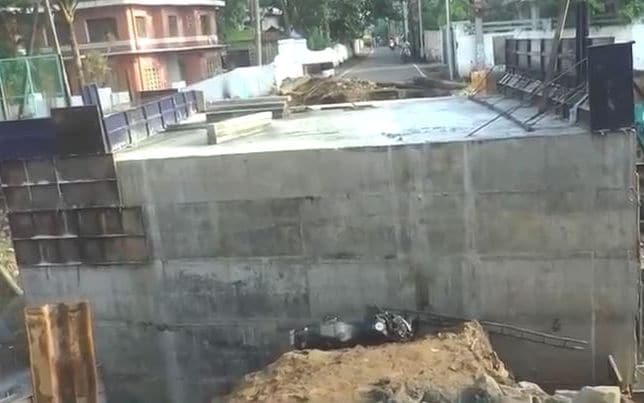 Bike lying on the accident spot

Though the authority had promised to complete the construction of the bridge across Market-Puthiyakavu road near Andhakaram soon, the work progressed at a snail's pace even after months. The under-construction bridge is still seen on the canal without connecting both sides of the road. The traffic on this busy road is interrupted following the demolition of an old culvert.

Eroor natives Vishnu and Adarsh met with the accident while crossing the bridge. Vishnu succumbed to his injuries. It is alleged that proper safety arrangements were not made to avert danger.

Following the death of the youth, the natives also demanded to register a case against PWD officials.