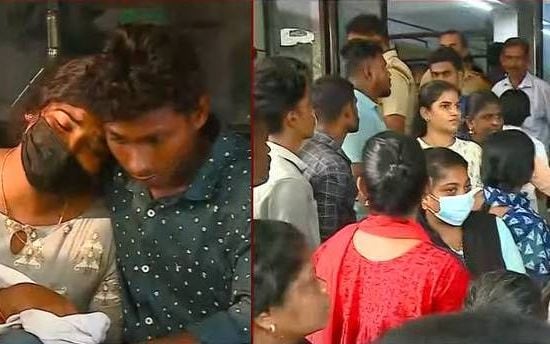 Alappuzha: Police have registered a case into the death of a woman and her newborn baby at Alappuzha medical college. The deceased are identified as Aparna (21) and her daughter. Health minister Veena George informed that the department has ordered a probe into the incident.

The police registered a case after receiving a complaint from Aparna’s relatives. It is alleged that medical negligence resulted in the death of the mother and child. The relatives of the deceased have been creating ruckus at the medical college.

Aparna was rushed to the hospital on Monday. She suffered labour pain on Tuesday evening. Following this, she was taken to the labour room. The relatives alleged that the gynaecologist was not present and C-section was done by a group of medical students.

Meanwhile, hospital superintendent Dr A Abdul Salam stated that they decided to perform C-section when the baby’s umbilical cord came out. The baby breathed her last on Tuesday night and the mother died on Wednesday morning.