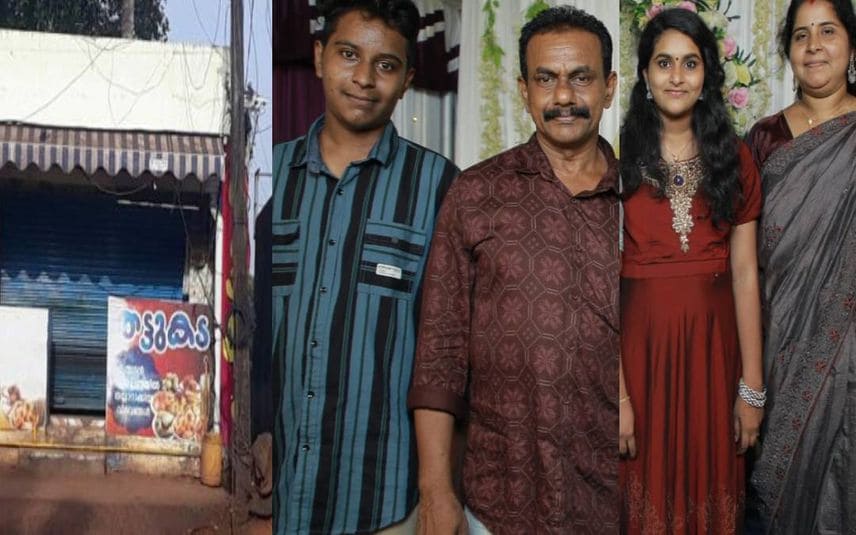 Thiruvananthapuram: Police informed that an investigation has been initiated over the death of five members in a family, reported on Saturday morning in Attingal. Rural SP Divya Gopinath said that a case has been registered on grounds of unnatural death and further details can be revealed only after obtaining the autopsy reports.

The deceased were Manikuttan (52), his wife Sandhya, children Ajeesh (15) and Ameya (13), Manikuttan’s aunt Devaki. The body of Manikuttan was found hanging in a room while the others were poisoned to death. Though his mother was in the house, she was unaware of the tragic incident.

Manikuttan was running a roadside shop near his house. The death news of the family surfaced when Shamnad, a worker at the shop of Manikuttan, arrived at the house in the morning to receive the keys to open the shop. Manikuttan’s mother opened the door for Shamnad. However, there was no response when she called Manikuttan and others. Meanwhile, Shamnad and Manikuttan's nephew broke the door and found Manikuttan hanging.

Shamnad informed that the food safety officials had conducted a raid in the eatery shop on Tuesday and asked him to shut the shop. They directed Manikuttan to open the shop only after cleaning it and imposed a fine on the shop. However, Manikuttan had told him that everything had been sorted out after visiting Thiruvananthapuram and the fine was paid. He had also informed Shamnad to open the shop on Saturday. The reason behind the suicide still remains elusive.