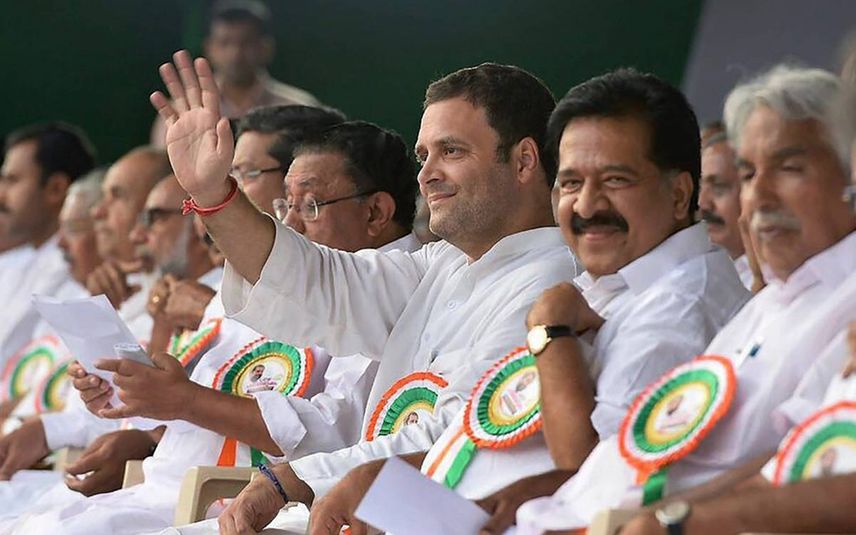 The names of Nattakam Suresh, the nominee of Oommen Chandy, was included in Kottayam and Babu Prasad, nominated by Ramesh Chennithala, in Alappuzha list. With this, the troubles in ‘A’ and ‘I’ groups were settled to an extent. The veteran leaders complained that they are being neglected continuously.

Many of the leaders appointed as DCC presidents belong to ‘I’ group. There are 8 leaders from ‘I’ group and 6 from ‘A’ group. However, after the new leadership took charge in KPCC, Opposition and parliamentary party leader posts, the factions had split into multiple subgroups.

Though none of the newly appointed DCC presidents have issues with Chennithala and Oommen Chandy, most of the nominees suggested by them were not included in the list of DCC presidents. As their suggestions were not considered in the draft list, the factions were on the verge of a conflict.

With this, Rahul Gandhi intervened to settle the dispute. However, the list of new DCC presidents was jointly prepared by the KPCC working presidents and Opposition leader. Other veteran leaders also were part of the discussion while selecting the nominees. The factional leaders have decided to express their discontent although they have no plans to make public remarks.