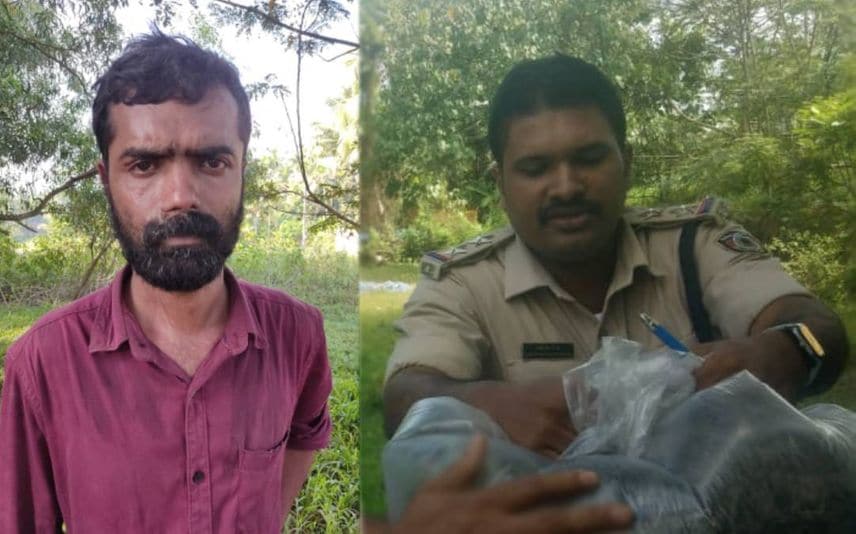 The accused was nabbed as part of a special drive conducted in the district against drug trafficking. Earlier, the police received information that drug trafficking is active during night hours in the vicinity of schools, bus stand and railway station in Feroke. The officials learned that Shihab smuggled ganja from Andhra Pradesh via train and acted as an intermediary to sell them on large scale to retail dealers.

Police said he avoided authorities by smuggling ganja through train and selling them by getting off at deserted stations. He returned home by bus to his native place after selling ganja.

Earlier, the accused worked as a driver in Gulf before returning to Kerala during the Covid pandemic. However, he became a drug dealer due to financial problems. Meanwhile, Feroke CI MP Sandeep said that investigation is ongoing to find those involved in this.