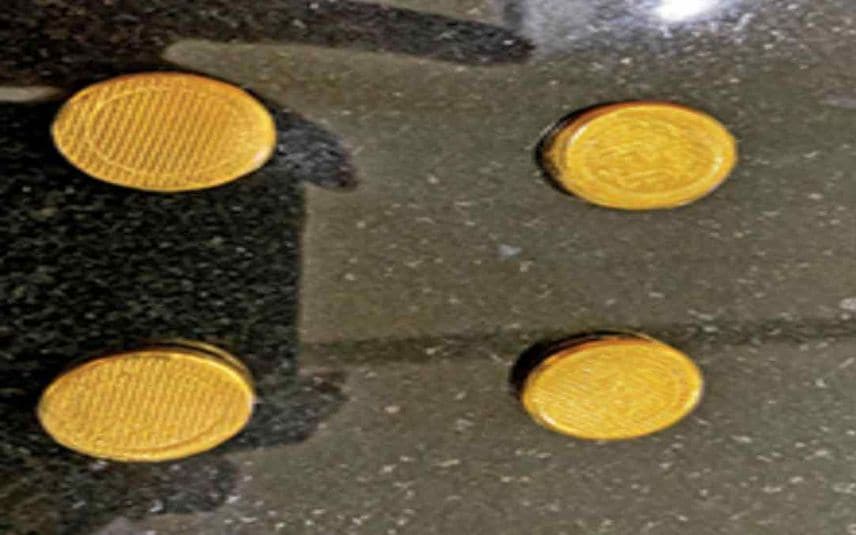 Gold that was being smuggled in the form of buttons

Nedumbassery: Customs seized gold that was being smuggled in the form of buttons hidden in a trolley bag at the Cochin International Airport. Kasargod native Muhammad, who was returning from Dubai, was smuggling 140 gram gold in the form of four buttons.

Muhammad attached the gold buttons to the trolley bag’s handle using a bandage after getting down from the flight. He then covered it using tissue paper.

Authorities became suspicious as Muhammad was not moving his hands away from the trolley. The gold is worth Rs 6.5 lakh.