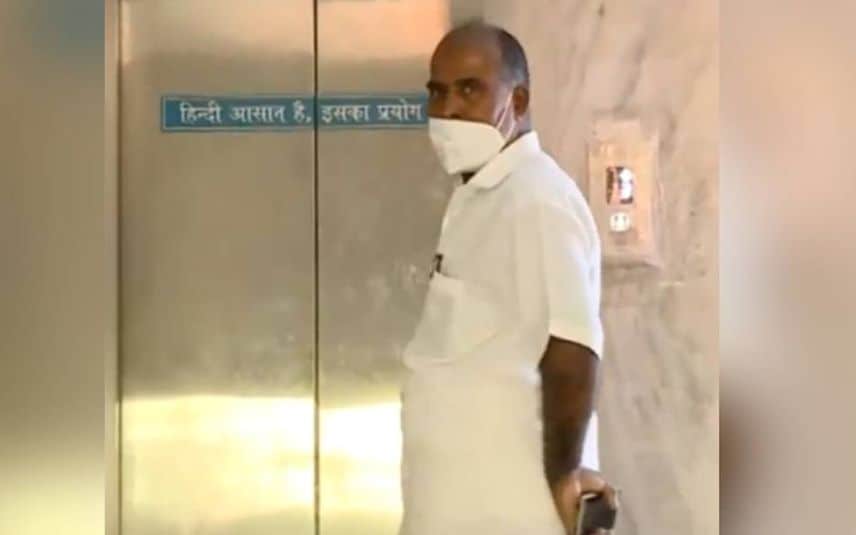 Ibrahimkutty appeared before the Customs on Wednesday morning. He alleged that the accusation against his son was politically motivated. The allegations come ahead of the by-election in Thrikkakara (to the Assembly). I trust my son, he said.

Meanwhile, Customs have confiscated the passports of Shabin and co-accused PA Sirajuddin. Customs had taken the laptop of Shabin during the raid at Ibrahimkutty’s house.

Customs have also raided the house of film producer KP Sirajuddin, who is abroad at present. Two mobile phones and a hard disk were confiscated from his house.

Customs allege that Shabin and PA Sirajuddin used the money earned from the contracts with Thrikkakara municipality for smuggling gold. Producer Sirajuddin is accused of using the money from gold smuggling to produce films.

2.25 kg of gold was recovered from a meat slicer machine brought from Dubai in a cargo flight to ‘Thuruthel Enterprise’ during a raid at Nedumbassery airport. Shabin and Sirajuddin are partners of the enterprise. Customs claim that they have proof for dealings worth lakhs of rupees.