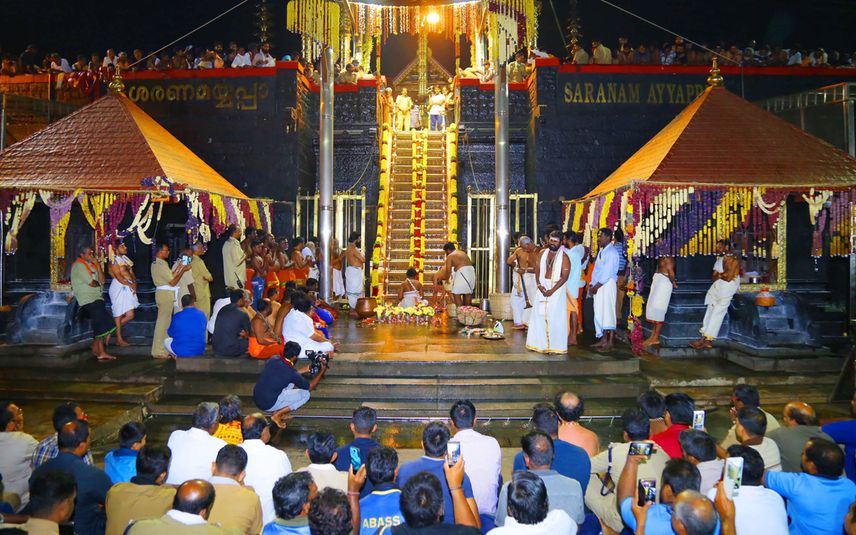 Kochi: Two thefts from the 'bhandaram' of Lord Ayyappa temple at Sabarimala within a gap of barely a month prompted the Kerala High Court on Wednesday to remark that there should be a "strong officer" there to prevent such crimes.

Earlier on December 16, 2021, an employee of the Travancore Devaswom Board (TDB) engaged to count currency in the 'bhandaram' Sabarimala Sannidhanam was found stealing money from there and a search of his rooms had resulted in recovery of Rs 42,470.

Subsequently, on January 8, 2022, another employee -- engaged for counting currency, was caught red-handed stealing Rs 3,500 from the 'bhandaram'.

The second incident occurred despite the high court's December 21, 2021 directions to have "a constant vigil of the entire activity in the 'bhandaram' at Sabarimala Sannidhanam in order to prevent any theft of money, offerings, etc., by the employees engaged for counting currency notes, coins, offerings, etc".

"The action taken against such employees shall also be brought to the notice of the Special Commissioner, so as to enable him to file proper reports before this court," the high court had said in its earlier order.

On Wednesday, a bench of Justices Anil K Narendran and P G Ajithkumar reiterated its directions of December 21, 2021, and closed the petition initiated by it based on the latest incident of theft.

While reiterating its previous directions, the bench further said, "A strong officer should be there. The crimes were registered only because we passed some orders."

During the hearing of the matter, the bench was told that an FIR has already been registered in connection with the latest incident and the errant TDB employee is in judicial custody.

Similar action has been taken against the TDB employee who was caught stealing money from the 'bhandaram' in December last year, the court was told. PTI