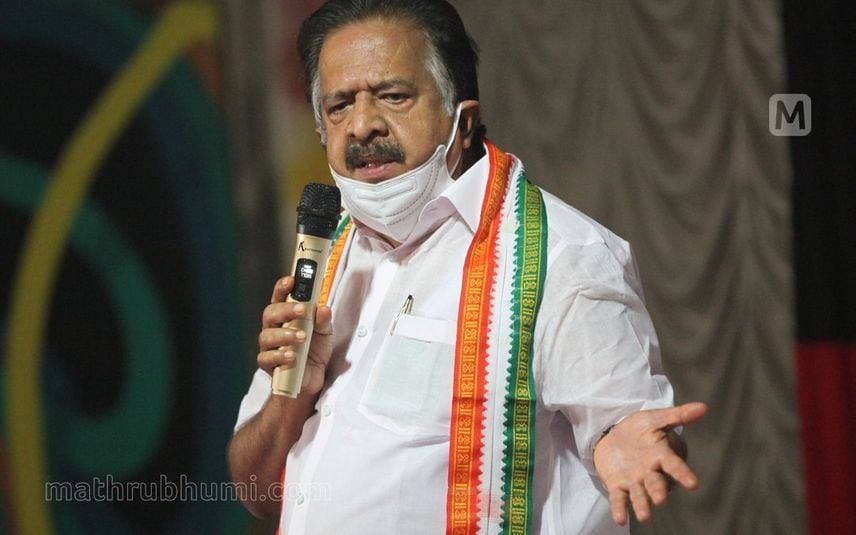 Thiruvananthapuram: Congress leader Ramesh Chennithala condemned the lapses of Kerala Police in maintaining law and order in the state following the murder of a youth named Shan Babu in Kottayam. He pointed out that the police officials who have not taken any action over the missing complaint filed by the murdered youth's mother are unpardonable.

"Though the accused created an appalling situation in front of the police station by carrying the dead body, Kottayam SP repeated the statement of the accused to the media that he had no intention to kill the youth," slammed Chennithala.

He said that the mafias and goondas are being set free under the shield of the second Pinarayi government.

Police are helpless in taking action against these criminals as many of them have close ties with the ruling party. The senior officials have lost control over their subordinate officers in police and they are completely driven by the party now.

Kochi: The Kerala High Court postponed the hearing of the bail plea of PC George to tomorrow. The plea will be heard again on Friday at 1.45 pm.The court ..

Thiruvananthapuram: Women's proportion in the workforce is nowhere near their potential due to deep-rooted social prejudices and this is a worldwide phenomenon, ..

New Delhi: The Centre has clarified that the state governments have the powers to cull the wild boars in a such a way that it does not affect the ecology ..

Kochi: The police have sent notice to 17 people, including actor Joju George, for taking part in the off-road race event held in Vagamon. The notice orders ..

Alappuzha: Police informed that the minor boy who raised provocative slogans during a Popular Front of India (PFI) march has been identified. The investigating ..