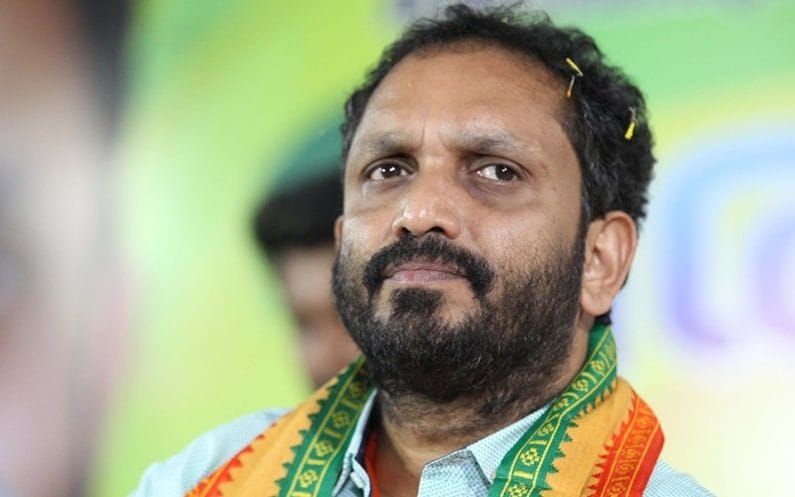 Kasargod: The crime branch will probe the complaint against BJP state chief K Surendran for allegedly bribing a namesake candidate, who had filed nomination papers in the recent assembly polls from Manjeshwaram, to withdraw his candidature. Kasaragod district Crime branch DySP-led team will probe the case.

The Badiyadka police registered a case against Surendran on Monday under IPC Sections 171 (B) (bribery involving giving a gratification to any with the object of inducing him or any other person to exercise any electoral right or of rewarding any person having exercised any such right) and 171 (E) (punishment for bribery).

The Kasaragod First Class Judicial Magistrate court granted permission to file a case against Surendran in connection with a petition filed by CPM leader V V Rameshan, demanding the arrest of BJP leader who allegedly paid money and gave mobile phone to a candidate to withdraw his nomination from Manjeshwaram during the elections.