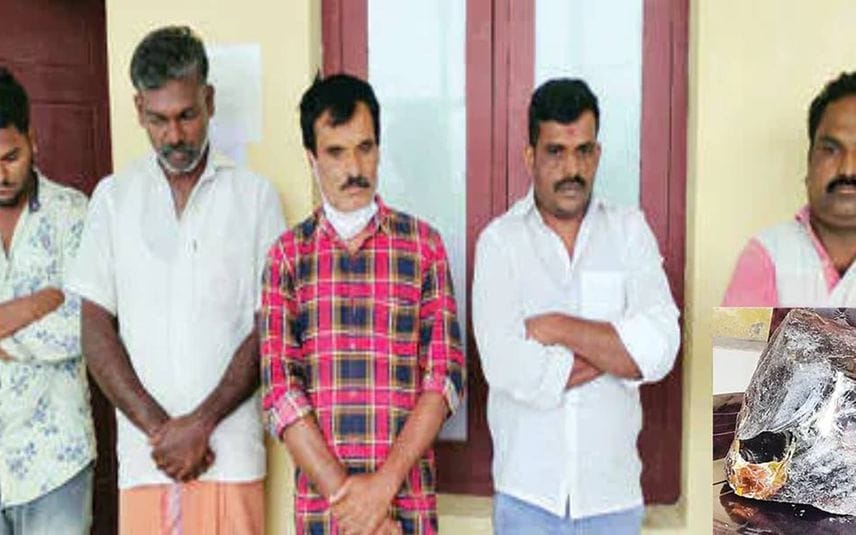 Munnar: The forest department officials have arrested five people, including a Munnar resident, with five kilogrammes of whale vomit (Ambergris) worth Rs five cr in the market. The arrested are Muniyaswamy (48) from Munnar, his brother Murugan (42), Ravikumar (40), Velmurugan (43), and Sethu (21).

The vigilance unit of the forest department had received a tip-off that a group, headed by Tamil Nadu natives, is in old Munnar with Amergris for a deal. Following this, the vigilance team caught them from a lodge on Friday evening.

Ambergris is used for making perfume and foreign liquor. The arrested have been questioned to find out where they got it from and to whom it was brought. The accused were arrested by a team headed by Munnar Range Officer, S Harindrakumar. Other officers in the team were Vigilance Deputy Ranger, Jason Joseph; beat forest officers Sudheesh Soman, Dinesh K S, Ummarkutty M P, Shibukuttan, and Alanlal C S.