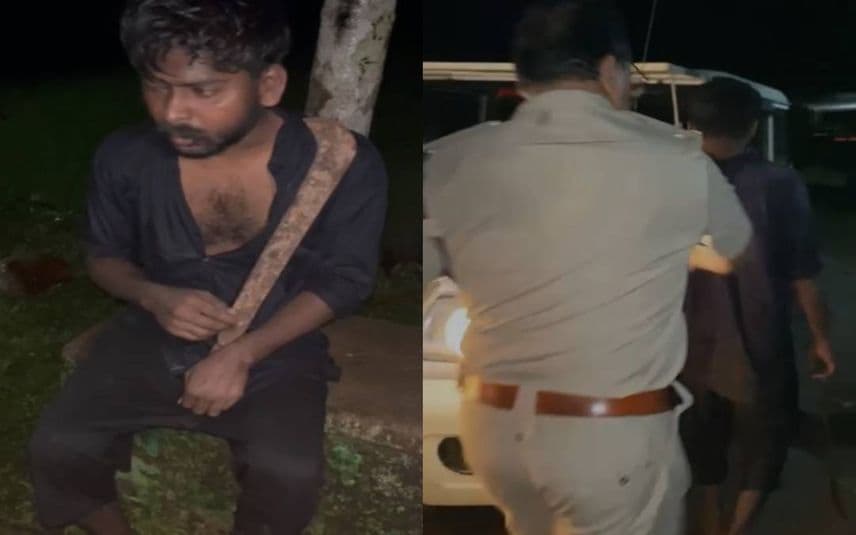 Kozhikode: A CPM worker was allegedly assaulted by a group of SDPI-Muslim League workers at Ballussery in Kozhikode. Jishnu Raj, who suffered injuries to the face and body, said that he was attacked for allegedly destroying an SDPI flex board.

The incident happened in the early hours of Thursday morning. He claimed that a group carrying machetes stopped him when he was returning home after attending a birthday party. Following this, the gang forcefully made him handle the machete and shot a video questioning his alleged role in destroying the flex board. The video showed him being questioned about who ordered him to destroy the flex board.

Later in a statement given to the police, Jishnu said there were around 30 party workers behind the attack. He alleged that the gang tried to suffocate him by holding his head under water after assaulting him.

After two hours, the police reached the spot and took Jishnu Raj into custody. The machete was also seized from him. Police said that those behind the attack were identified.