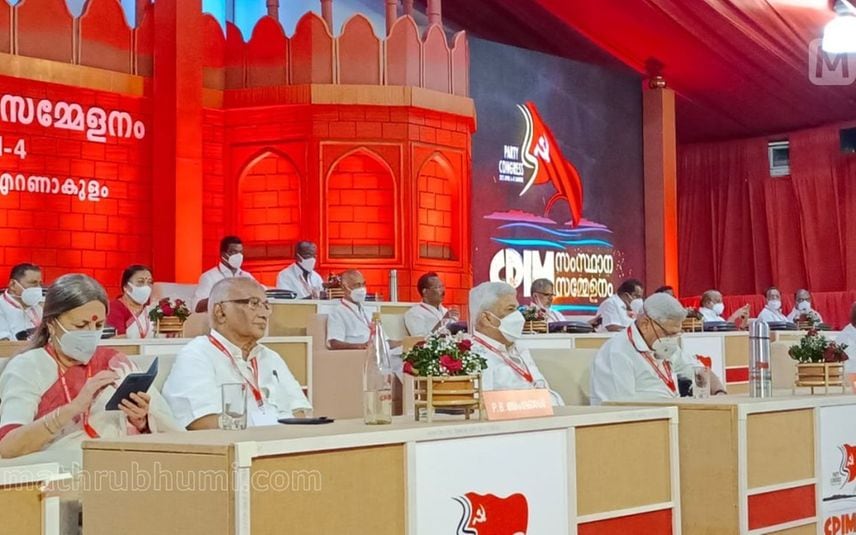 From CPM state conference at Kochi

By referring to the grievances of the people who are residing at the unassessed lands ('poramboke lands') of corporations and municipalities, the delegates enumerated the negligence of the department of revenue. Demands were raised at the conference to ensure interventions for revamping the ‘layams’ (line houses) where the plantation workers live. Though the government has decided to introduce a housing project for them, the revenue department is attempting to impede it, they said. The leaders urged to resolve the issues when a new plantation directorate will be formed in the state.

Another section of delegates alleged that the agriculture department has been undertaking an anti-farmer approach. They also accused that no steps were taken to ensure reasonable prices for agricultural products in the state. The delegates recommended forming an agricultural workforce and facilitating the storage and marketing of the products.

The police force has been indicted for its ruthless behaviour against the public and the delegates reminded the Chief Minister to take immediate action over this.

Discussions over vision document on foreign, ...

The party has to address the distress of language minorities and state leadership shall focus on the regional issues faced by the party, opined some other representatives.