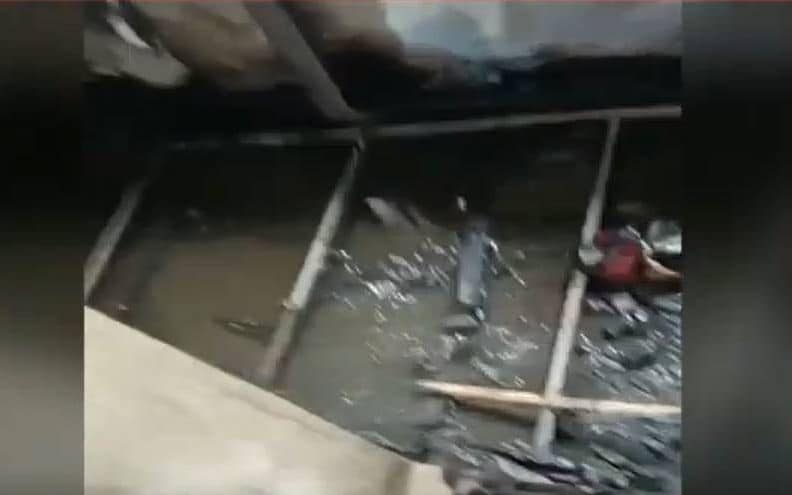 From the visuals of the party office which was set on fire | Screengrab: Mathrubhumi News

Kozhikode: CPM party office at Valiacode in Perambra was set on fire on Wednesday night. Police informed that furniture and files in the office were gutted in the fire. CPM alleged that Congress was behind the attack.

Valiacode town branch office of CPM had been set on fire. Several reports of attacks surfaced against the Congress party offices the previous day, including a crude bomb attack at the Congress office in Kuttiady.

Though the CPM state leadership directed not to unleash attacks against the Congress party offices, many instances of assaults were reported in the state. The CPM workers conducted a march in protest against the attack on the party office.

Around 4,000 dogs in Wayanad suspected to be affected by canine distemper; ...