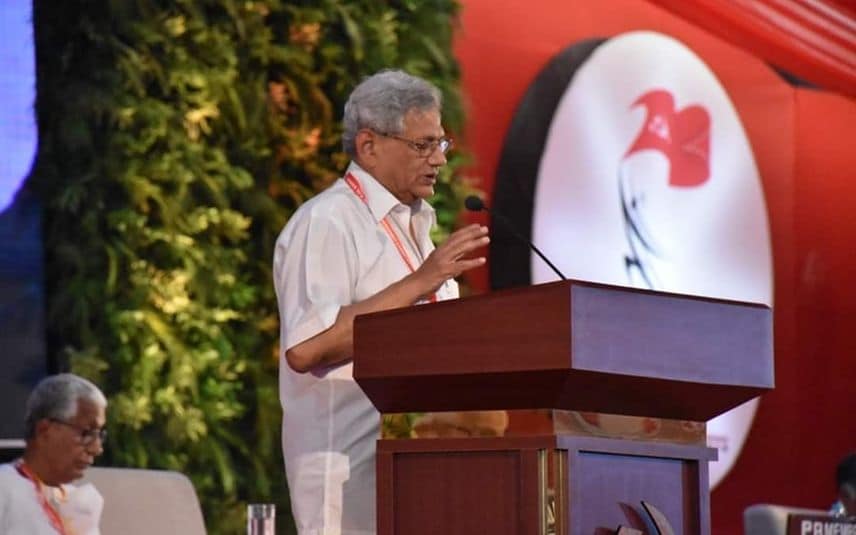 Kannur: The 23rd congress of the CPM on Thursday passed a resolution protesting against what it called a relentless hike in the price of fuel and sought immediate withdrawal of additional taxes imposed during the NDA regime.

The meet urged the people to protest across the country on a massive scale and asked the government to increase the tax on the rich.

"The 23rd congress of the CPM protests the relentless increase in the prices of petrol and diesel by the oil companies in connivance with the Narendra Modi-led BJP government," the resolution said.

The resolution said the steep hike of petroleum prices was fueling inflation and thus implies large-scale transfer of resources from the working people to the ruling classes and the Central government.

"The congress of CPM demands immediate withdrawal of additional taxes imposed during the NDA regime. It demands that the government increase the tax on the rich, impose controls on and reduce the retail price of petroleum products, and stop privatisation of public sector undertakings in the petroleum sector," it read.

The party said the share of tax on petroleum as revenue of the Union government has increased from 5.4 per cent to 12.2 per cent and the retail price of fuel increasing almost daily since March 22.

"This congress urges the people of this country groaning under the back-breaking impact of unprecedented onslaught on their livelihood to protest on a massive scale all across the country," the party said.

The resolution further said the reason for deregulation of fuel prices was that it is more efficient to have markets set prices but the BJP-led NDA government has been manipulating the central taxes on petroleum products in order to deny the people any benefit to be had from the decline in the market price of crude oil.

"The real motive behind the deregulation was to give advantages to new private entrants to the retail sector such as Reliance Petroleum which could not be subsidised from the oil pool account," the resolution read.

In the resolution, the party dismissed the charge of the BJP that the State governments should soften the burden on the people by reducing State taxes when it was the Union government that increased taxes when crude oil prices dipped.

"It was not the State governments but the Union government that increased the taxes when crude oil prices fell. Under popular pressure, the Union government was forced to partially roll back the tax increase in November. Even now, when the country is facing the danger of a price spiral that could choke post-Covid recovery, the government is refusing to completely withdraw the additional tax imposed," the resolution said.

The congress said in order to avoid sharing the additional revenue mobilised with State governments, the Union government has been relying on taxes that are outside the scope of the divisible pool.

"In the 2018-19 Budget when the excise duty on petroleum products was reduced by Rs 9 per litre, road cess, which is not shareable with the States, was increased by an equivalent amount. In November 2021 when forced to reduce taxes, the BJP government reduced the excise, which would have had to be shared with States. Actions by State governments have not contributed in any way to the present petroleum price spiral," the congress said.

Petrol and diesel prices on Wednesday were hiked again by 80 paise a litre each, taking the total increase in rates to Rs 10 per litre or over 10 per cent. PTI