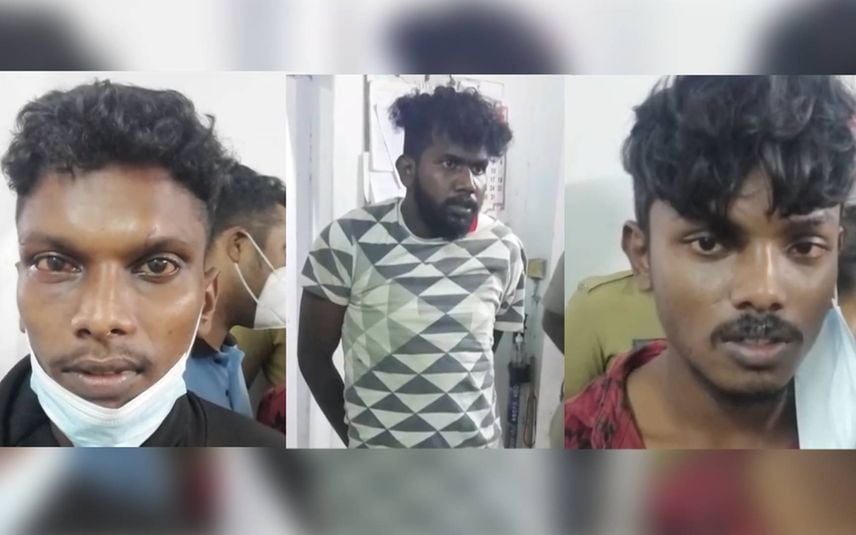 Pathanamthitta: Jishnu, Pramod and Nandu, who are named as accused in the murder of CPM local committee secretary Sandeep Kumar are associated with criminal quotation gangs, police sources said.

Some of them are also booked in the abduction of a youth in Alappuzha. As per the case, Arun of Karuvatta was abducted and beaten up over a personal dispute. He was later found in a lodge at Thiruvalla.

Haripad police had registered a case on the abduction. Police suspect that Arun's vehicle was used for the CPM leader's murder at Thiruvalla. After killing Sandeep, the accused went to the house of Ratheesh at Karuvatta, who hired them for the 'quotation' against Arun. It is revealed that Arun and his friends set fire on Ratheesh's bike on October 11 following a dispute. As the settlement talks failed, Ratheesh hired the quotation gang. Arun who injured in the attack is currently under treatment. Haripad police arrested Ratheesh for abducting and attacking the youth.

CPM leader Sandeep was murdered on Thursday night near his house. He was stabbed by a five-member gang multiple times. He succumbed to the injuries before reaching the Thiruvalla taluk hospital.

Row over involving church is negative politics, we are not bothered: Dr Jo Joseph

Kochi: Controversy over using church platform in LDF candidate selection is unnecessary, said Dr Jo Joseph. Those who say I am a nominee of the church ..

Kozhikode: In the pursuit of unravelling the mystery behind the death of the Malayali vlogger in Dubai, the probe team is exhuming the deceased.Rifa Mehnu, ..

E-Carts to collect debris from households in TVM

Thrissur: Aalavattam making procedure is long and quite intricate. The peacock feathers that adorn the Aalavattams are trimmed neatly and lined up in a ..

Kochi: In the wake of allegations that actor Vijay Babu who was booked in sexual assault case was also involved in alluring and misusing aspiring women ..

New Delhi: A request to change the judge hearing the actress assault case of 2017 has been moved in Supreme Court.Thrissur-based organisation 'Jana Neethi' ..