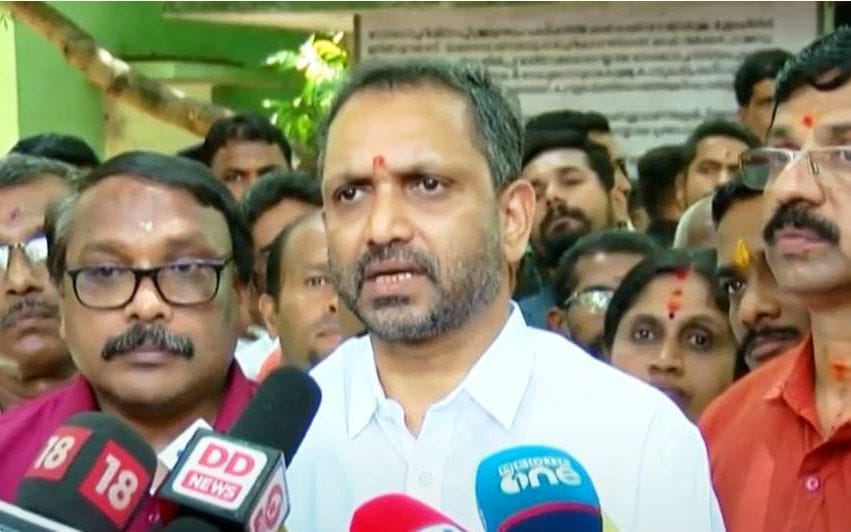 Palakkad: BJP state president K Surendran alleged that extremist groups are committing murders in Kerala with the help of the state government.

CPM is supporting the Popular Front. I will seek the central government's attention to the violence in Palakkad, he added.

“One-sided attacks are being made against BJP. Attacks on Sanjith and Nandu were planned. What is the attitude of the Government of Kerala towards the Popular Front? Let the government be ready to clarify its stance. Why did the government try to block CBI investigations into the murders?” he asked.

Meanwhile, he added that he didn't decide on attending the all-party meeting.

When the Union Home Minister arrives in Kerala on April 29, the violence in the state will be brought to his notice, informed the state BJP chief.