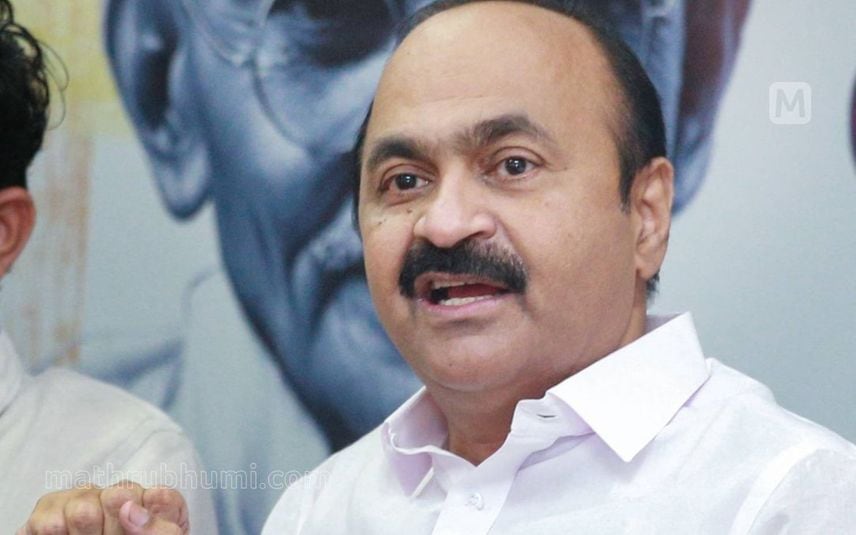 Kochi: Opposition leader VD Satheesan declared that he would continue to stick by his remark on Golwalkar amid the allegations that he had attended a RSS event in 2006. Taking a dig at CPM, he also alleged that CPM is creating fake propaganda against him. He pointed out that his photos from an event which was held in 2006 are being circulated on social media. He asserted that the event was not organised by RSS. Satheesan also ridiculed the news article published in the mouthpiece of CPM in the state.

"Two photos of me are circulated on social media. One photograph is of a lighting lamp in front of the picture of Gowalkar from the year 2006, and the other is from a 2013 book release event. However, the 2013 event was inaugurated by VS Achuthanandan. The photos shared by RSS leaders claiming my presence in their events is shared more in CPM affiliated groups," he said.

Satheesan stated that BJP leaders are trying to attack him instead of questioning Saji Cheriyan. I stand with what I said and am ready to face legal action. I never sought votes from communal forces, he added.

Satheesan also ridiculed PK Krishnadas by claiming that the BJP leader is against the word secularism in the Indian Constitution.

Satheesan said that the BJP is targeting him because he is rallying politically against them, and the CPM is only cooperating with them. He said he does not remember the exact picture of the 2006 event and will check whether it is fake or not.