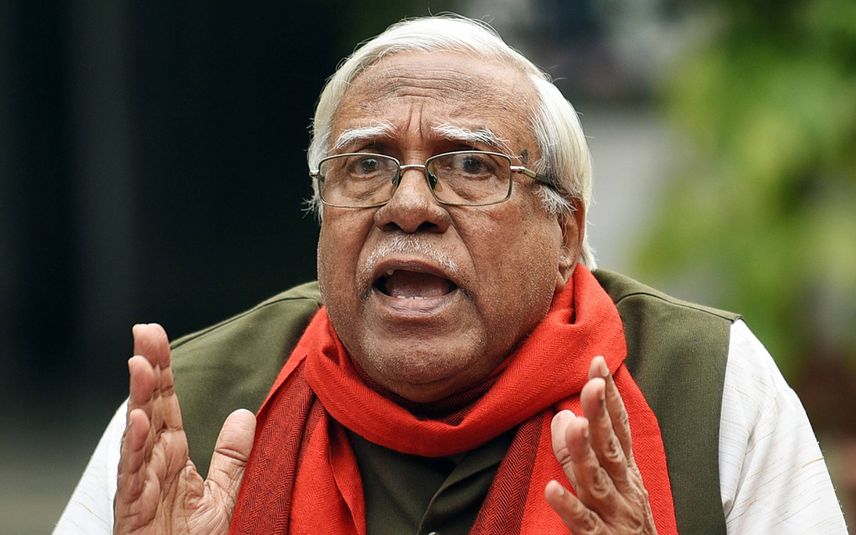 New Delhi: Communist Party of India (Marxist) leader Hannan Mollah on Wednesday said that the party's ideology does not match the statement of Saji Cheriyan on the Constitution.

"The resignation of Kerala Fisheries, Culture, and Youth Affairs Minister Saji Cheriyan was determined after he made degrading remarks about the Indian Constitution," said Hannan Mollah.

According to him, there was turmoil within the party after the Minister 'insulted' the Constitution.

"The Party's opinion on the matter is clear. The party's ideology does not match the statement of Saji Cheriyan on the Constitution," said Mollah.

The CPM leader said that BJP is 'weakening' the Constitution.

Cheriyan's resignation was accepted on the recommendation of Chief Minister Pinarayi Vijayan who will now handle the portfolios.

Bharatiya Janata Party's KJ Alphons said he is happy that the minister has resigned.

"Unbelievable how a minister can be so stupid as to use such words for the Constitution. It's a shame that the ministers feel they can desecrate the Constitution of India," he said.

Cheriyan courted controversy while addressing a CPM programme at Mallapally in Pathanamthitta district on Monday and had said in his remark that India's constitution can be used to "loot" the people of the country.

"British prepared it, Indians wrote it and implemented it. It's been 75 years. India wrote a beautiful constitution that can be used to loot. In that constitution, there are few places that have references to secularism, and democracy but it can be exploited," he had said.

CPM leader Sitaram Yechury had said that the party was holding discussions to take an appropriate step in the said matter.

Leader of Opposition in the state Assembly VD Satheesan wrote on Tuesday that Saji Cheriyan "has made the most insulting statements about the Indian Constitution."