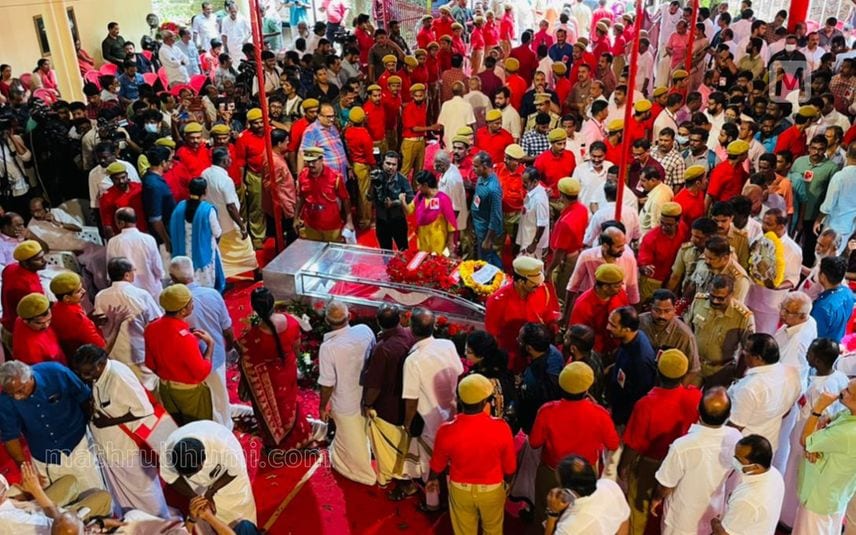 Thiruvananthapuram: CPM elucidated the reason for not taking the mortal remains of Kodiyeri Balakrishnan to the AKG centre, which is the party headquarters in the capital city. The body was carried directly to Kannur in an air ambulance following the doctor’s advise to avoid long travels.

Criticisms were raised within the party circles for not keeping the body of Kodiyeri, who was the party secretary and a politburo member, at the party headquarters for the public to pay homage. From his college days itself, Kodiyeri’s political works were centered around Thiruvananthapuram. Even after being diagnosed with cancer and undertaking treatment, Kodiyeri himself took up the charge of the Thiruvananthapuram district.

The party secretariat asserted that the state had paid courteous homage to Kodiyeri. The public’s response emphasised Kodiyeri’s influence in the political and cultural realms of Kerala.