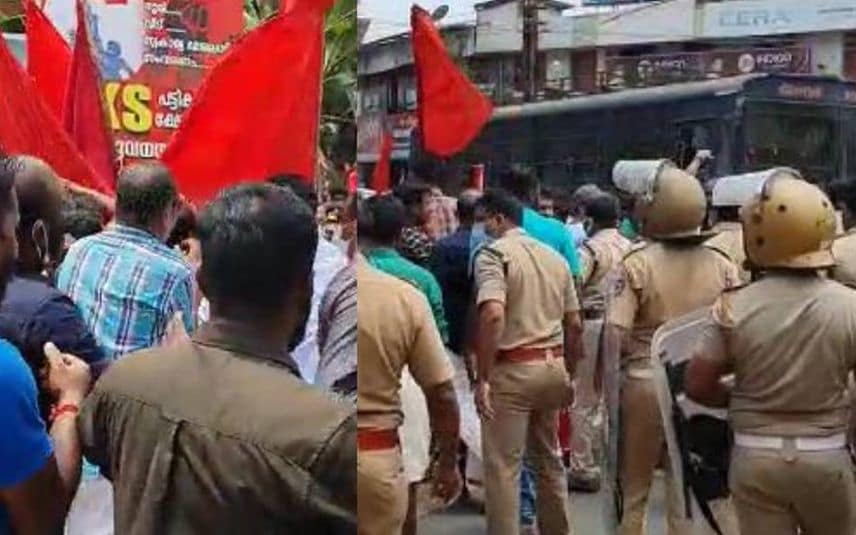 From CPM-CPI clash in Venjaramoodu

Thiruvananthapuram: A clash erupted between CPI and CPM supporters at Venjaramoodu here amid the nationwide strike. The trade unions of both CPI and CPM launched their protests by erecting two different pandals here.

A clash broke out when the protest march of AITUC, the trade union of CPI, reached in front of the CITU pandal, the venue of protest. CITU supporters questioned the AITUC workers for raising slogans. Following this, the argument between the activists ended up in a clash.

After a while, the CITU followers marched towards the pandal of AITUC activists. But the police stopped this by parking the departmental vehicles across the road. Later the protesters pelted stones at each other. Though the police intervened to pacify them, the conflict continued in the region.