Though Isaac explained the lapses of Vigilance in the secretariat meeting, CPM rejected it and issued a statement that he should have thought about the chances of controversy. 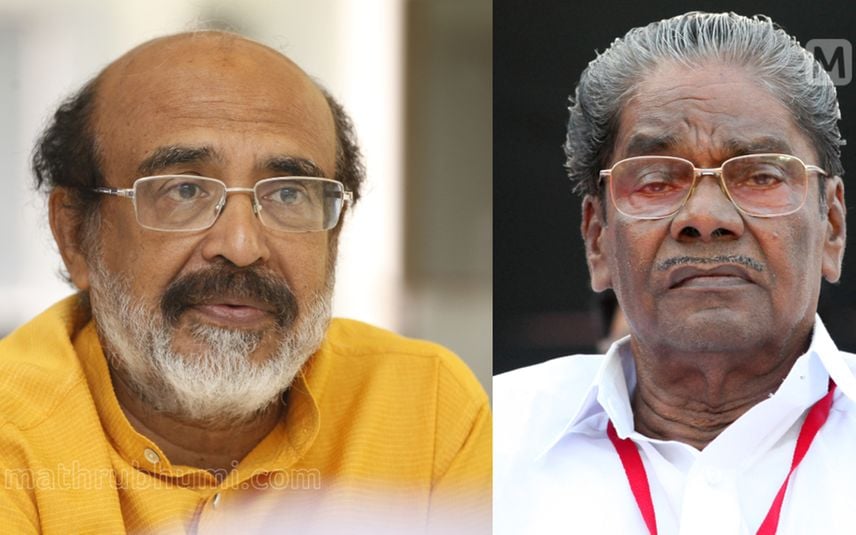 CPM state secretariat assessed the chief minister’s stand was right and both Isaac and Anandan only offered a 'weapon' to the opposition. Though Isaac explained the lapses of Vigilance in the secretariat meeting, CPM rejected it and issued a statement that he should have thought about the chances of controversy.

CPM constitution states that if the party members behaved or acted in a way that does not suit the party ideologies, action can be taken against them. Warning, admonishment and public admonishment are the first three phases of action. Though the action against Isaac and Anandan does not belong to this category, the party rejecting them is a serious step.

The available secretariat meeting was held on Tuesday in the presence of the chief minister. Kodiyeri Balakrishnan was on leave bt, politburo members S Ramachandran Pillai and M A Baby attended the meeting. Six others including acting secretary A Vijayaraghavan also were present.

The secretariat assumed that the finance minister’s comment against Vigilance resulted in a controversy and gave way to a political setback. The chief minister explained the background details of the Vigilance raid. However, Isaac repeated that the Vigilance did not undertake caution while holding raid at a financial institution.

Anathalavattom Anandan explained that he only pointed out the problems in the news reports in the name of Vigilance. The party took the statements more seriously than the raid. So, the secretariat decided to issue a press release publicly rejecting this and everyone accepted the same.

Journey to Bengaluru via train remains an uphill task from Malabar