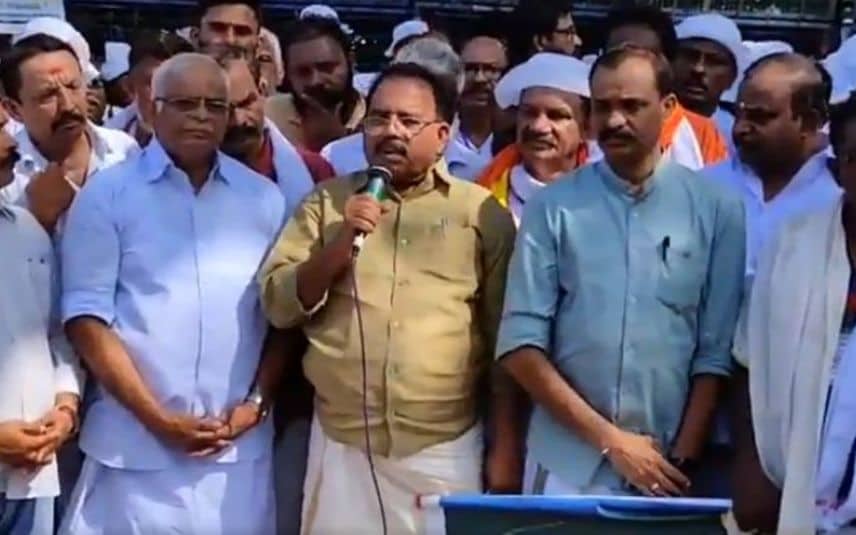 Thiruvananthapuram: CPM and BJP leaders shared the stage of an event hosted by those opposing the ongoing protest against the port construction in Vizhinjam. CPM district secretary Anavoor Nagappan and BJP district president V V Rajesh attended the event and assured their support.

In the event, Anavoor Nagappan said that people should align together against those protesting against the port project. Rajesh said that the Vizhinjam port project is a combined initiative of union and state governments.

Earlier, a group from Mulloor came out against those protests led by the Latin Archdiocese. They demanded that the protest pandal should be removed and construction should be allowed to continue. CPM-BJP leaders also came together at a march to the secretariat demanding an end to protests in Vizhinjam.